David White aka “Mr.StarCity” is a Brooklyn-born artist and poet who has worked on various projects throughout the years, recently shared his latest exhibit. White recently shared ‘Fractured’ at the iv Gallery in Los Angeles and it was well-received. The exhibit was centred on his poem in tribute to his older brother and the original art pieces inspired by the poem. As stated from before, White’s exhibit is a tribute to his older brother who suffers from PTSD caused by gun violence and his time living in the streets.

While the exhibit was on display, White made a brief documentary on those who visited and had them share their thoughts about it. This piece was very touching; each subject in the documentary shared how mental illness has affected their lives and their loved ones. White wanted this exhibit to raise awareness on mental illness and how those who are dealing with it, aren’t alone. 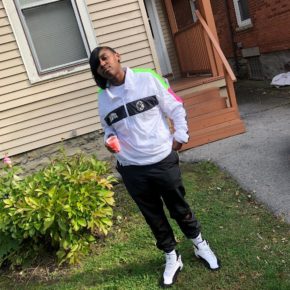