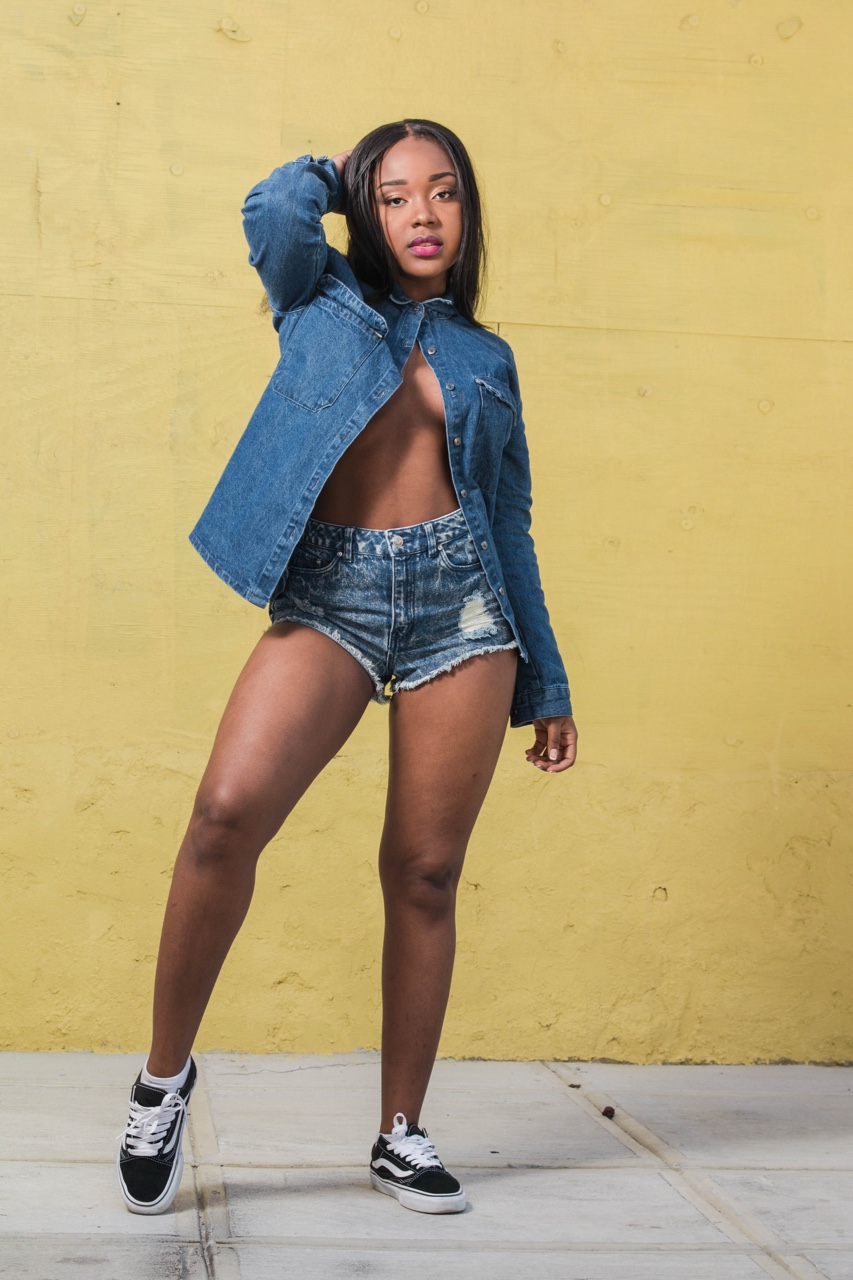 Dash Machete, a new dance music vocalist that calls herself the Rap Game Angelina Jolie, shared ‘C’mon’ last month. The nineteen-year-old Haitian transplant now resides in Brooklyn, New York and has captured the attention of fellow journalists around the ‘net. According to her website, the young rapper with the catchy name and British linguistics, she learned about Hip-Hop when her mother bought Kelis’ third album—Tasty—for her. Hear the new record below. Then, watch the official video for ‘Below’. If you’re a journalist or editor like me, you will find comedic value in her line about talking trash online.

Aside from the music, their garbs and hairstyles are beautiful. Get into it. Especially the gum chewing scene, with braces.

Dash Machete plays live on Monday, October 10 in New York City. If you’re around, support her, BXHXLD and Rent Money. The show begins at 7PM. Entry is only five dollars.

Dash Machete is a nineteen-year-old rapper-songwriter from Brooklyn, New York. After migrating from the island-nation of Haiti in 2000, Dash was introduced to Hip-Hop in 2003 when her mother bought her a Kelis third album: Tasty.

My mother bought me Kelis’ Tasty album, and that was the first time I really listened to a whole project and I loved it… I was inspired by it.

With influences that include; Missy Elliott, Fergie, Britney Spears, Lauryn Hill and Gwen Stefani, her sound roots from Electronic Pop and classic Hip-Hop.

Back then, Hip-Hop made me want to dance, and that’s the feeling I want to give to my listeners when they hear my music.

I want my listeners to understand that a lot of my lyrics have a deeper meaning, and my goal is to tell story or teach a lesson every time my pen touches the paper.