On the night of my return to New York City from Las Vegas, we went to Danny Brown’s show at Warsaw in Greenpoint, Brooklyn. It had been six years since attending his ‘Old’ listening event at Spotify, so it was a treat to see his evolution as an artist and as a man. Opening for the Detroit-native was his fellow Detroit local, ZelooperZ and Ashnikko, an artist we discovered on YouTube a week prior through her collaboration with Yung Baby Tate. It was a night of unorthodox but workable talent, which we invite, here at GRUNGECAKE. From ZelooperZ strange delivery to Ashnikko’s brash edge and provocative style, it’s safe to say that Danny Brown is a modern godfather of cross-over eccentricity.

Unlike most Rap/Hip-Hop shows, it started on-time, not a minute late. Every deejay kept the momentum going. Fans were engaged and excited. The merch table did well from the beginning until the end of the show. Coat check wasn’t a pain in the ass. The venue wasn’t too far off the beaten path of Manhattan, even on a rainy night. Here are the best concert photos from the night, provided by Frank Morales. We want to thank Bruiser Brigade’s TRPL BLK for the invitation. 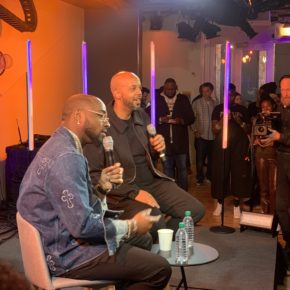