Recently, D Smoke released his debut studio album, ‘Black Habits’. With this newfound momentum after the success of his appearance on Netflix’s ‘Rhythm + Flow’; the Inglewood emcee is showing off his versatility and captivating storytelling while proving his doubters wrong. D Smoke’s album has already sparked discussions about his position in Rap’s current totem pole; nonetheless, his quality of work and skills does build quite the worthy case for him to matched up with the greats.

While listening to ‘Black Habits’, listeners can already feel the Kendrick Lamar-esque comparisons but listeners shouldn’t be disappointed. It’s clear, that Smoke wants to carve out his own lane and has the unique ability to rap in Spanish to show off that versatility mentioned earlier. Smoke also shares his experiences growing up as an inner-city youth and having to deal with his incarcerated father. Songs like ‘Like My Daddy’ and ‘Sunkissed Child’ share in-depth about some of the struggles that he faced alongside with his family.

No doubt that this album was created to celebrate and cherish everything Black. Smoke did an excellent job using his previous struggles to paint a picture. This album could serve as a true piece of motivation to move past those troubling obstacles in life A tip of the hat to D Smoke for an inspirational debut. 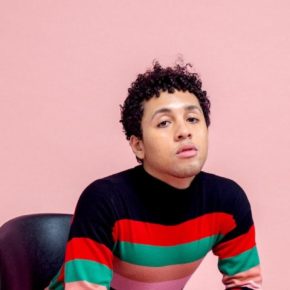