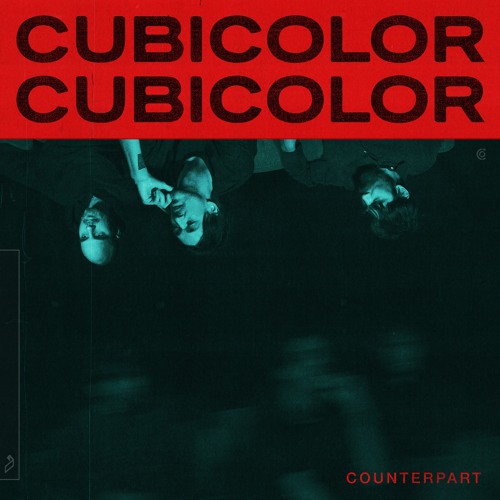 Taking in an eclectic range of influences, including Boards of Canada, Moderat and the Warp Records roster, Cubicolor combines Electronica expertise with lyrical depth and a haunting, pervasive vocal style. Consisting of Dutch producers Ariaan Olieroock & Peter Kriek and British producer-lead vocalist Tim Digby-Bell, the Electronica three-piece are following the release of their debut ‘Brainsugar’ in 2016 with new track ‘Counterpart’. The track was written, recorded, produced and mixed by the band in their studio on a boat in Amsterdam.

With glittering synths and climactic strings, the track crescendos with polyrhythmic drums, maintaining its intensity as it ebbs and flows. The band tell us “with Counterpart we wanted to write a song that worked on a dance floor but that could equally be played as a band. Finding legendary drummer Rich Spaven (Cinematic Orchestra, Flying Lotus) was the final missing piece where we found what we were looking for – a Dance record that had a combination of the organic and the electronic.”

The people championing Cubicolor’s music are as diverse as their musical palette, with support from Clash, Consequence Of Sound, Shortlist and Spin along with Dance music’s tastemakers Resident Advisor, Mixmag & DJ Mag. Their tunes can be heard in DJ sets from Dixon, Ame, Tale Of Us, Maceo Plex and Mano Le Tough amongst many others.

The band have been featured in Spotify’s New Music Friday and topped the iTunes Electronic Chart and Beatport Charts, with the debut album receiving a total of 32.2 million streams. BB6Music’s Nemone, Tom Robinson and Tom Ravenscroft have played their tracks and they’ve been featured on BBC Radio1’s Essential Mix as part of IMO’s show.