To me, Conrad Clifton has figured out the perfect way to mix everything “beat heads” love about abstract production, and what tends to sell in the marketplace. Acclaimed Brooklyn-based producer’s skill is attractive as it is not easy to chop, flip, or create loops that sound as good as his.

Of the record, Conrad Clifton says, “This is one of the craziest beats I’ve made. There are cymbals everywhere, and that “Hi” vocal sample just demands attention!” Conrad recalls, “I made this around the time I was working with Yelawolf and was heavily into old rock samples. I’ve always loved blurring the lines between styles and genres. “Hi, Still Here” switches from this heavy beat battle track to an almost romantic/thoughtful moment, before going hard again. Like a conversation, or call and response. In that way, it’s similar to “HUNTER GATHER-HER”, but it’s a totally different sound.”

Listen to the lead instrumental from his ten-song concept album titled, ‘IS IT YOU: Beat Tape (Full Circle)’. If you’re a Dilla or Madlib fan, this one’s for you. 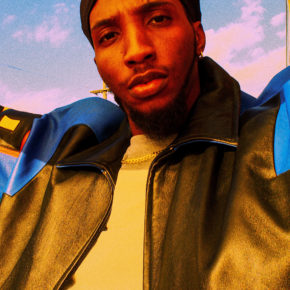