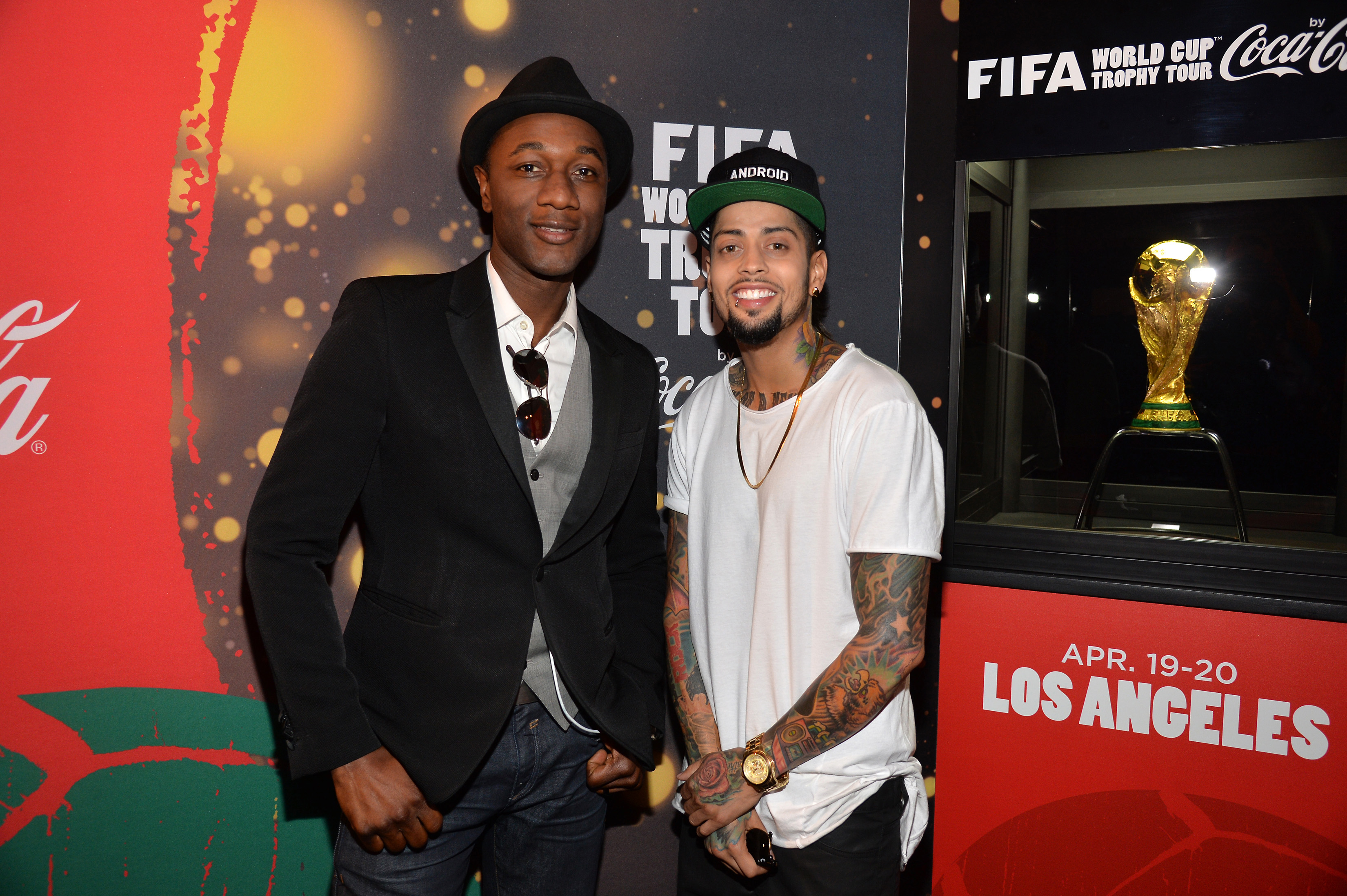 Coca-Cola has joined forces with internationally acclaimed singer-songwriter Aloe Blacc, to launch ‘The World is Ours’ – a mash up of a newly written and recorded Aloe Blacc song combined with lyrics and sounds from the original version of ‘The World Is Ours’ by David Correy and Monobloco.

Aloe Blacc said, “The passion behind my music comes from a desire to make people dance, smile and sing. I take inspiration from all genres of music and my style is pretty diverse. Working on this anthem has given me the opportunity to fuse the sounds of Brazil with different musical influences. ‘The World is Ours’ captures everything that music should be – inclusive, exciting and uplifting.”

Director of Global Entertainment Marketing at The Coca-Cola Company, Joe Belliotti, said, “’The World is Ours’ started as a Brazilian song with the beats and sounds of Brazil and then travelled around the world where artists and remixers added local languages, sounds and instruments. We were looking for a global artist that would bring another perspective, with integrity and authenticity, and that is exactly what Aloe did. We’re delighted to be partnering with Aloe Blacc to help us bring the story of The World’s Cup to life through music.”

The song has been travelling as part of the FIFA World Cup™ Trophy Tour by Coca-Cola, gathering the vocals of local artists from all around the globe. As the song visited each market, local artists were able to put their own spin on the track, creating duet versions featuring lyrics sung in their native language. With twenty-four local versions, covering over 175 markets, ‘The World is Ours’ is the anthem for the Coca-Cola 2014 FIFA World Cup™ campaign.

On the global collaboration, Belliotti said, “This song has more stamps in its passport than any other song out there. Our ambition for “The World Is Ours” has always been to bring the sounds of Brazil to the world and in return, the sounds of the world back to Brazil. We wanted to capture the spirit of the 2014 FIFA World Cup™ in this music – this is everyone’s cup, wherever you are, whoever you support.”

‘The World is Ours’ by Aloe Blacc x David Correy is included on “One Love, One Rhythm: The Official 2014 FIFA World Cup™ Album” to be released by Sony Music Entertainment globally on May 13th. Behind the vocals of Brazilian-American artist David Correy, the song was penned by world-class songwriting/producer team Rock Mafia, co-produced by Brazilian-born, legendary collaborator Mario Caldato Jr. and features the rhythmic samba, baile funk and technobgrega beats of Brazilian percussion band Monobloco. This cultural mix captures the inclusive spirit of The World’s Cup campaign.

Correy, the voice behind ‘The World is Ours’, was born into poverty in Recife, Brazil. Adopted at the age of two, Correy discovered a talent for music that has helped him overcome his early challenges. After a difficult start to life, his adoptive parents encouraged his passion for music. Having ventured on a musical journey of his own, Correy has since gained a dedicated fan base with his voice, inspiring story and relentless optimism.

On his partnership with Coca-Cola, Correy said, “Teaming up with Coca-Cola on this inspiring piece of music for the FIFA World Cup™ album is an unbelievable turn of events. My upbringing has brought me so much diversity and music has allowed me to express my challenges and successes in a positive way. Through this incredible journey with Coca-Cola and ‘The World is Ours’, we have shared a message of hope and passion with the world.”

Aloe Blacc and David Correy performed ‘The World is Ours’ by Aloe Blacc x David Correy live for the first time at the FIFA World Cup™ Trophy Tour concert in Los Angeles on April 19th. They were joined on stage by Puerto Rican musician Wisin, who also contributed to the local version of the anthem in Mexico.

Aloe Blacc’s latest album “Lift Your Spirit” is available for purchase on iTunes here featuring his single “The Man”.