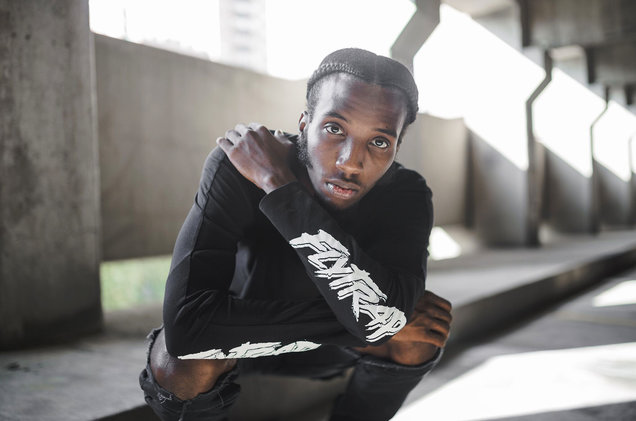 Back in September, I gravitated to CJ Fly’s ‘Now You Know’ because I could relate. Short in length of time yet powerful in its message, the track speaks volumes. If anyone has ever doubted you, reciting the words by Pro Era founding member reassures them that success is guaranteed, regardless. Hoping that the person, or groups of people, hear about your success, and it makes them want to think twice about screwing you over, is understandable and hilarious.

Check out the lead single from CJ Fly’s forthcoming FLYTRAP album below. The Brooklyn-based rapper plans to release the album soon.

In 2012, Pro Era released their debut mixtape The Secc$ Tape, with other members of Pro Era. He later made a breakthrough feature on Joey Bada$$’s debut mixtape 1999, ‘Hardknock’, ‘Don’t Front’, and ‘Suspect’ featuring the rest of Pro Era. December 23, 2012, he and Pro Era released their second mixtape PEEP: The Aprocalypse. With production from Pro Era members Chuck Strangers, Kirk Knight, Statik Selektah and others from Brandun DeShay, Thelonious Martin and more, the mixtape received critical acclaims from fans and music critics alike. CJ, along with Joey Bada$$ and Capital STEEZ, were featured on ‘Swank Sinatra’ by close friend and Brooklyn rapper Dyme-A-Duzin. The song was released around the time of the untimely death of Pro Era cofounder, Capital STEEZ, who committed suicide on Christmas Eve of 2012.

In 2013, CJ went on the Beast Coastal Tour with fellow Pro Era members, along with Flatbush Zombies and The Underachievers. He, along with the rest of Pro Era, joined Wiz Khalifa’s ‘Under The Influence Tour’ 2013 with A$AP Rocky, Trinidad James, Chevy Woods, Smoke DZA, and more. He later made an appearance on Joey’s second mixtape Summer Knights along with the rest of Pro Era on the song ‘Sorry Bonita’ produced by Oddisee. On October 5, 2013, he released his debut mixtape, ‘Thee Way Eye See It’. With features from various Pro Era members, Buckshot, Ab-Soul, Phife Dawg and production from Chuck Strangers, Statik Selektah, Brandun DeShay, and more, the mixtape has received critical acclaims and made him a candidate for XXL’s 2014 and 2015 Freshman List.