If you’re familiar with Pro Era, Joey Bada$$, or Capital Steez (Rest In Power), then you probably know CJ Fly. The poet turned rapper, Fly is one of the founding members of the prolific East Coast Rap group “Pro Era”, which was formed in 2011. Now in 2020, Fly, nicknamed “The Storyteller”, is gearing up for a great year with ‘Show You’, a Statik Selektah-produced single released at the end of January.

‘Show You’ is the New York tourist bop we didn’t know we needed. CJ promises to be our guide “from BedStuy to Coney I(sland)”, assuring us that he’ll “show us where it’s nice, (and) show (us) where it ain’t.” His quick, staccato-like delivery makes you feel like you’re in the middle of the only city where you’re not allowed to walk slow – and the music video for ‘Show You’ somehow makes the song even better.

Artfully and intelligently directed by CJ Fly himself with the help of David Janoff, the visual for ‘Show You’ perfectly captures the energy of Brooklyn, New York. The quick pans, shots of every street or area Fly mentions (from Nostrand Avenue to the very hospital he was born in), and the gritty, up-close-and-personal camera work really serve their purpose. One of the best things about the video for ‘Show You’ is the inclusion of both of CJ’s parents as he raps about them and sleeping on everything from couches to beds in big houses. Fly takes us from his favourite bodegas and Chinese spots to the makeshift neighbourhood memorial on the corner where his childhood friend lost his life. Half of the video seems to be shot from a GoPro camera strapped directly to Fly’s chest, making viewers feel like they are with CJ and actually following him through his childhood stomping grounds.

And we can’t forget the fashion and aesthetics in this video. Fly’s headwear alone interchanges between Kangol-like hats, bright durags, and his intricately-braided straight backs. Fly’s mom is shown wearing a black hoodie with “The Baddest Bitch” emblazoned across the front and Fly himself spends most of the video wearing a New York staple: all-white Nike uptowns. The young lady he’s showing around Brooklyn dons an all Nike matching set with hoop earrings popularized by Black and Latinx women in the ‘70s and ‘80s. Fly also showcased the intersection of himself and what made him — Brooklyn, Glenwood Avenue, and a down-to-earth personality rooted in a deep reverence for his background – with his well-deserved success, flying around the city in a red Corvette and silver Mercedes-Benz.

‘Show You’ is a classic in the making and a fantastic follow-up to what was a strong 2019 for Pro Era. Stream ‘Show You’ on TIDAL, Apple Music, Spotify, and SoundCloud, and watch the music video below: 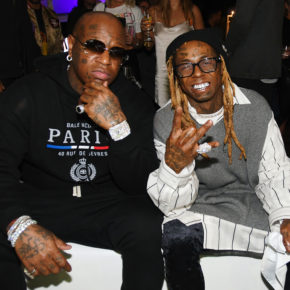 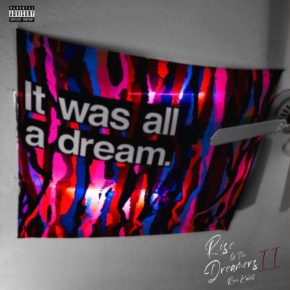