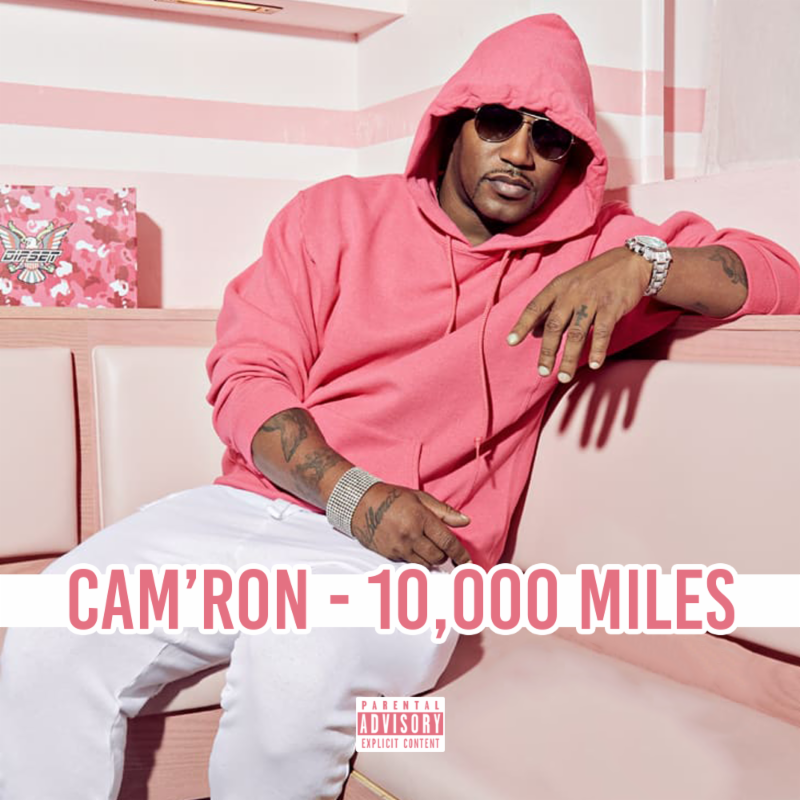 Harlem-native rapper and fashion risk-taker Cam’ron just released the official video for ‘10000 Miles’, the first single from his new project. In the video, Cam’ron figures out that he should’ve just cheated on his diet and not his girl. Also in the works, Cam’ron will release a new mixtape titled, “The Program” in May and ‘Killa Season 2’ is coming later this year.

In conclusion, watch the Clifton Bell-direction below. Then, purchase the “10000 Miles” t-shirt on his website, huggintheblock.com

Cameron Ezike Giles (born February 4, 1976), better known by his stage name Cam’ron (formerly Killa Cam), is an American rapper, actor and entrepreneur from Harlem, New York. He is the de facto leader of East Coast hip hop groups The Diplomats (also known as Dipset), and U.N. (Us Now). Cam’ron was also a part of the group Children of the Corn before they disbanded in 1997.

In 2005 after disbanding his record label, Diplomat Records, from Roc-A-Fella Records due to business disagreements, Cam’ron signed the label to a distribution deal with Asylum Records. In 2006 Cam’ron released his fifth studio album, Killa Season. The album also contained a movie of the same name, in which Cam’ron made his director/screenwriter debut and starred as the main character. In 2009, after taking a hiatus due to his mother’s health, Cam’ron returned to music and released his sixth studio album Crime Pays. It reached number 3 on the Billboard 200.

Cam’ron is currently working on his seventh studio album titled Purple Haze 2, which he has stated will be his final album, however in June 2016 in an interview with DJ Whoo Kid he stated that his album had been renamed to “Killa Season 2: The Pink Edition” with an approximate release date of November 2016 with no mention of the project being his final album, the first single from the album “Oh Yeah” was released on May 19, 2016, and featured Juelz Santana.