Nitti Gritti and Booman’s are the most relatable tracks (to me) on the new Stoop Kids mix.

Earlier today, Stoop Kids released a heart-throbbing mix featuring the one and only Suzi Analogue. Coming off of a fantastic New York Fashion Week high, the Electronic musician has been making rounds around the web. As in the motivational words of a fellow woman of colour in the business Cardi B, she’s making money moves. ‘Stoop Kids 004’ gives us the untamed gifts of Callie Reiff, a wunderkind who bouncers at the club double-take all the time because of her age, and Suzi Analogue, the Miami-based musical genius and powerhouse.

If I had to select which tracks are my favourite from the former ballerina’s mix, I would say that all of Nitti Gritti’s tracks will get play after today. I like RL Grime’s edit of Nadus’ “Nxwxrk” too. It is high on the list. Personally, ‘Saint Laurent’ by Wale, Skrillex and DJ Slink took me by surprise. Next, ‘Dip So’ is a fun record. Delightfully, it is my first time hearing about Dubbel Dutch, a Los Angeles-representing Electronic/Dance producer.

On Suzi Analogue’s end, I took a liking to all of the sped up footwork records (‘Samir’s Theme ‘Take It Like This (Remix)’ by the Club Kings, etc and ‘Watch Out for the Big Girl’ by Booman because why not?

Sidebar: The words “dip” and “so” have been orbiting my life since the beginning of the week. Dylan Dili (formerly known as Dylan Dilinjah from MTV’s ‘Da Band’) has a track on his new album titled, ‘Pain 2 Power’ with a new artist named Nefatari. The two artists performed it live last night at his listening party in Williamsburg. More on that later. In the meantime, you can check out the hashtag #Pain2Power on Instagram. Depending on when you open the app and search, you might be able to see my video coverage.

I enjoyed Stoop Kid’s thoughtful introduction of Suzi Analogue. The image file posted on Twitter says that she is “a songwriter, vocalist and producer born in Baltimore…” a place that I feel is the epicentre of the underground dance scene created and curated by African-Americans, still. It continues and says that she is an “analogue-obsessed creative” who stays true to her name. They didn’t tell one lie either.

Lastly, I want you to get to know the New York City-based producer Callie Reiff (Stoop Kids) through the mix because she is outstanding. I’m looking forward to hearing more from her and about her. Also, be on the lookout for more music from Suzi Analogue. There are lots of exciting news and new music releases to come. 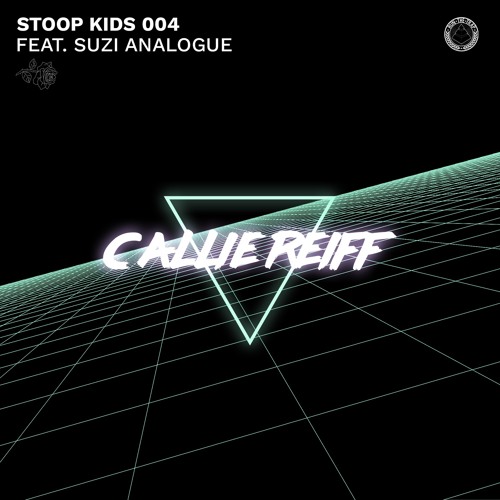 ‘Stoop Kids 004’ was premiered by Run the Trap today. Stream the hour-long mix below right now.