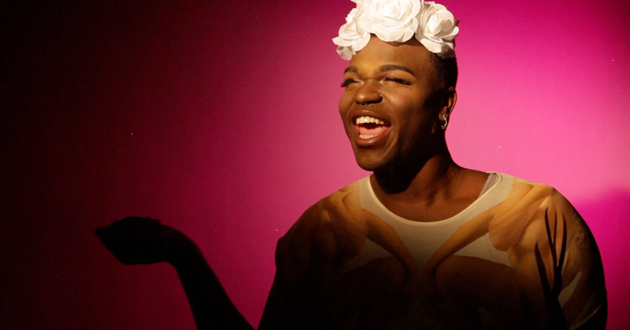 Pleasantly shaping his own grounds to walk on, Cakes Da Killa is a young Rap entertainer heavily influenced by Hip-Hop’s greatest contenders who once regulated New York City’s music scene in the 1990s. Without a doubt, Cakes Da Killa incarnates a preeminence that reminds us of just how many words a rap song used to have before the unmanageable rise of trap music in the early 2000s.

Beyond the cute post-production and snappy lyrics in the video below, the artist has a deeper meaning for what he chooses to express creatively and visually. When enlightening us about what inspired him or influenced the treatment for ‘Goodie Goodies’ in an interview with Buzzfeed, happily, Harlem Renaissance writer and painter Richard Bruce Nugent was the one to credit.

Richard Bruce Nugent. He was an out gay writer during the Harlem Renaissance and he’s someone more people need to know about. I feel like a lot of people in the LGBT community don’t know about their history. My legacy and lifestyle is a lot bigger than Paris Is Burning and a lot of people don’t know that. It’s sad that people who look like me don’t know about the history of people who look like us; It’s sad that people on the outside looking in judge me based on a documentary like Paris Is Burning. It blows my mind.

Much like Cakes Da Killa, Nugent was from New Jersey and had a way with words. Joyously, we find this reference to be admirable. If this is your first time encountering Cakes Da Killa, we’d recommend that you lick the salt before drinking the tequila.

Now that you’ve watched ‘Goodie Goodies’, listen to the lyrically adored twelve-track The Eulogy released on Mishka Records and let us know what you think: