Broods signed a record deal with Capital Records in the U.S. and plan to release their debut album later this year 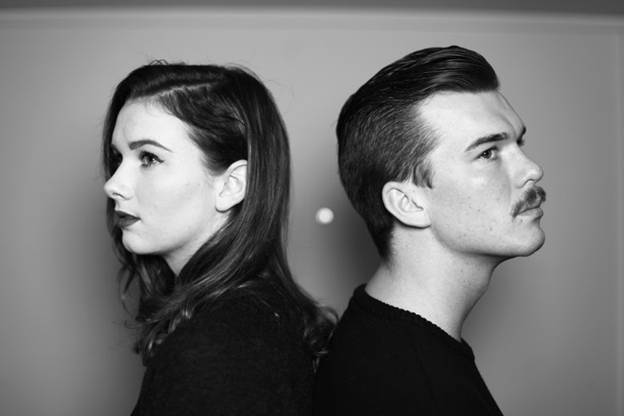 Having sold out their debut shows in San Francisco, Los Angeles, and New York City, Broods – comprised of New Zealand multi-instrumentalist Caleb Nott and vocalist Georgia Nott – commenced their inaugural North American tour. Their next stop is a sold-out show at Music Hall of Williamsburg. From there, they will continue up the East Coast, into Canada, and make their way down the West Coast, wrapping up in California mid-May.

This week, the brother-sister duo’s powerful lead single ‘Bridges’ received “a sort of Swedes-doing-tropical bounce,” remix from New York City-based band ASTR. The track premiered on The FADER. Listen to it below:

‘Bridges,’ which “freezes the listener in his or her tracks from the opening second” (Billboard), and highlights “Georgia’s breathy vocals (which) soar above Caleb’s delicate keyboard melodies and dance-floor-worthy percussion” (Vogue Magazine) was featured as iTunes Single of the Week. The breakout hit also has over one million Spotify streams in North America alone, as well as 1.5 million Soundcloud plays overall. Broods also revealed a new video for ‘Bridges’ in late March. Watch the video here.

Though only formed in early 2013, Broods released their self-penned, self-titled, 6-track EP in January and have become one of the hottest global acts of 2014. The EP, which has been described as “a cohesive set of intimate, featherlight electronic pop gems, brimming with possibility for even more gorgeousness,” (Muu Muse) was recorded and produced in New Zealand by Grammy Award winning producer Joel Little (Lorde / Pure Heroine).

Their debut EP is available now on iTunes, Amazon and Spotify.