Brandy joins Zane Lowe on Apple Music to discuss her new song ‘Rather Be’ from her forthcoming album ‘B7’ out this Friday. On her return to music, she tells Apple Music:

When you’ve been away from music such a long time, it just felt like something was missing in my life. I just wanted to get back to it. I felt inspired.

Brandy Tells Apple Music About Her Return To Music

It’s just, when you’ve been away from music such a long time, it just felt like something was missing in my life. I just wanted to get back to it. I just felt inspired. I felt like it was time to tell my story through music and get back at it. And it’s just such a great time, such a great journey. Well, I would have to say that music doesn’t really stop. I’m always singing, I’m always creating, just not in the studio, not on a certain project, you know what I mean? But like I said, I’m always singing. And then I’m always finding ways to satisfy that hunger to be passionate about something. I’m acting, of course, creating with my daughter, raising her, and just living life. But to just really sit down and focus on a project, that’s when it’s something else, it’s something serious. Or you think about all the other things that you’ve done and try to do something that’s more evolved and reinvents yourself, and that’s where it gets you start to really think about it and try to put something together, put a body of work together, that you can be proud of.

I felt like I wanted to just be as honest as possible with this new project. I wanted to approach this project like if this was my last chance, if this was my last shot at creating music, what would this project be about? What would it sound like? Would I just bare it all? Would I tell my story as deep as I could tell it? And I wanted to, of course, stay true to R&B but at the same time go outside of the box. So, I wanted to work with someone that could understand that and that’s why I was able to connect and have that chemistry with a DJ Camper. And we just had such a great chemistry. And then also with LeShawn Daniels who I’ve worked with for many, many years, who’s no longer with us. But he was such a crucial part, such an instrument in how I was able to push forward and writing and producing with this music.

For me, it was my struggle with heartbreak and finding my self love. That was difficult for me, just always looking for love in someone else and needing someone else to fill a void that I needed to fill for myself. And it could sound cliche, but it’s really not. It was really something that I really needed to face within myself, is to find that true love within me, because looking for it in other people and looking for it in relationships. 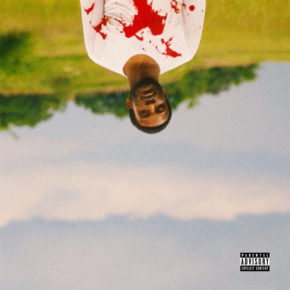