Brandi Carlile interviews Elton John about his new autobiography, Me, today on Apple Music’s Beats 1. Carlile says, “Elton John has been my great hero since I was an 11-year-old girl starting out in music” and Elton has said the one song from the past five years he wishes he had written is Brandi’s ‘The Joke’. The two discuss Elton’s history, songs he never plays live, his performance with John Lennon at Madison Square Garden (Lennon’s last), his favourite album being Captain Fantastic, how he considers ‘Bennie and the Jets’ one of the ‘first Hip-Hop records,’ his support of young artists like Billie Eilish, Lizzo, and Lorde, his love for strong women, and witnessing incredible black artists get ripped off in the past like Patti LaBelle, Nina Simone, Martha and the Vandellas, Tina Turner, and more. 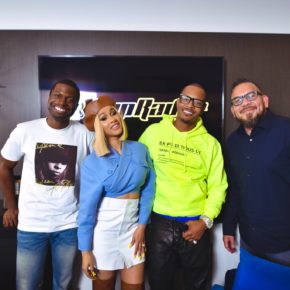