As one of the most notorious names in bass music, Borgore has evolved into a genre-bending composer who combines elements of main room Electro House, Trap and Dubstep with original vocals to create a signature sound for his debut studio album #NEWGOREORDER, out today (July 8) on Buygore / Dim Mak. His popularity is not beholden to any individual style, genre, or current music fad but instead to his unique talent as a lyricist, musician, producer and irreverent personality. Just listen to the album’s current single “Ratchet” or the quotable “Bitches love cake” off of “Decisions” featuring Pop superstar Miley Cyrus. 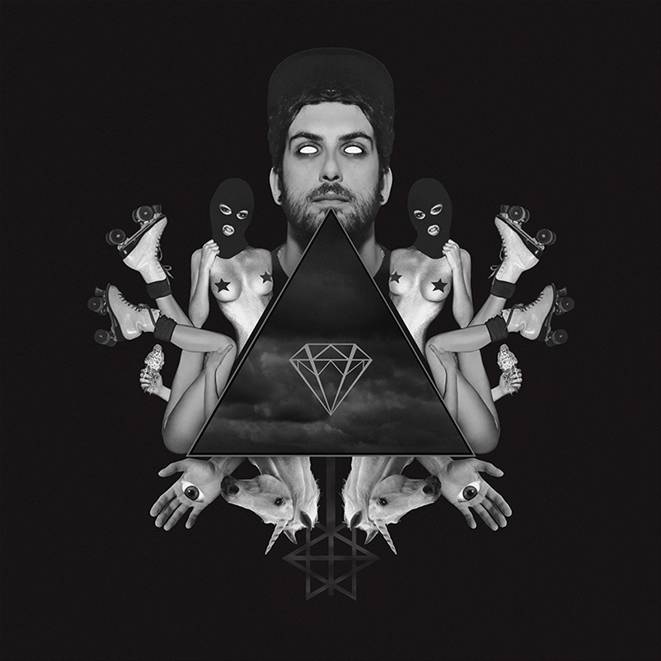 After his sold-out album release show at Governors Island in New York City this past July 4 weekend and a stellar broadcast performance at Sirius’ Electric Aquarium last night to wrap up his #NEWGOREORDER tour, Borgore is continuing his onslaught with his debut studio album debuting today at # 2 on iTunes Dance Albums chart and #39 on the iTunes main album chart. These positions are a testament to Borgore’s surging grassroots popularity as he sits near the top of the charts without ever having the aid of a radio single.

A fan of the classic film A Clockwork Orange, Borgore tapped that movie’s incomparable Malcolm McDowell to voice the #NEWGOREORDER manifesto on the LP’s opening track. Other cuts featured on the album include: “Fame” which takes listeners into the depths of the Hollywood party scene, with Borgore spitting about both his participation in, and disgust, with the vapid landscape surrounding him; “Last Year” (one of the LP’s strongest cuts) which features Borgore’s lyrically unapologetic vocals aimed against all would-be haters, set over an undeniably huge bass production; and “Hate,” a song engineered to both ignite festival stages and spark controversy as Borgore’s latest love song.

There’s also “Body and Soul,” where Borgore enlists the female vocals of his sister Yael for a jazzy rendition of the song made famous by Frank Sinatra–which then breaks down into a bass-heavy monster of a track–and “Syrup” (which up until this point fans have referred to as “Thirsty” after hearing it at shows) showcases Borgore at his most filthy.

Listen to The Borgore Show on SiriusXM Electric Area via this awesome link.

Look for the video for “Ratchet” to be made available soon. Borgore’s next North American appearance is the Budweiser Made In America Los Angeles festival over Labor Day weekend.