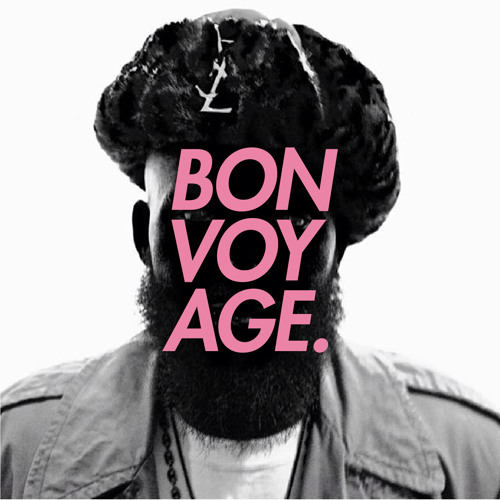 Two weeks ago, Bon Voyage made our #5NewVideos list with “Booshie,” a fun dance record about high-grade women”African Voices,” is the latest track to hit the website by the international Hip-House trio consisting of Shamon Cassette, DJ Supreme, and Gucci Cortez. The crew member originates in separate cities: Brooklyn, New York, London, United Kingdom, and Finglas, Ireland. Fast Eddie, Doug Lazy, George Clinton, Mike Dunn and Trax Records are considered their spirit guides. With a penchant for Alejandro Jodorowsky, and the general vibe of Andre Agassi. Shamon Cassette, the vocalist, describes “African Voices” as “a manifesto for breaking free.”

It’s the galaxy’s guidebook to liberalism. When you’re standing on the edge of the ledge, contemplating the jump. African voices are the whispers in your head, telling you to take the plunge, he continued.

Listen to the track below.

Bon Voyage is made up of one part: Shamon Cassette and—two guys from Dublin, Ireland—also known as Gucci Cortez and The Supreme. The name, in essence, is our mantra. When you jump on a plane, you know you’re going someplace (taking a trip). Usually, it’s for good reasons. So we’re all about taking nice trips for good reason, always endorsing the brothers and sisters in arms we connect with, around the globe. Bv are constantly spreading love and positivity through our vision, song, and dance. We met through another Irish guy called DJ Wool, who just dropped his latest album on Dither Down Records. Go check it. He linked us, as longtime mutual friends, with the exact same tastes in music and life. The vibe between us was instant (via the inter-webs at first) and the rest is history in the making.