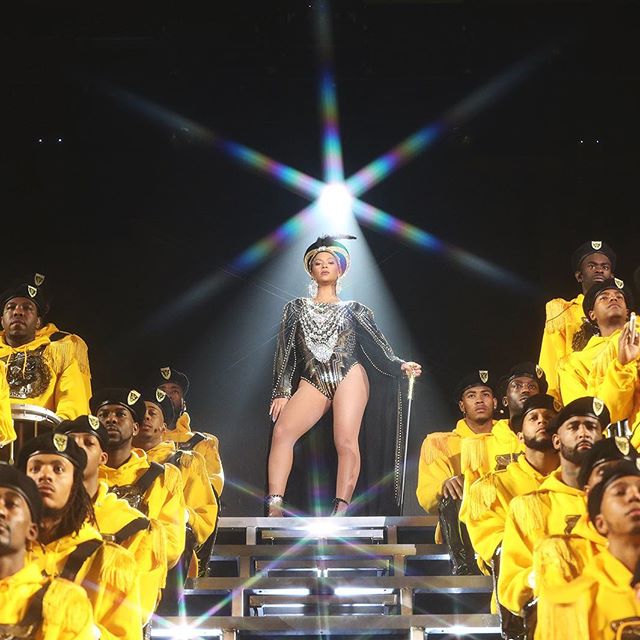 Wow, what a performance! A privilege indeed. Whether you’ve taken the time to reflect or not, Beyoncé is one of the youngest women and people that have emerged from an era—pre-Internet—that we still have in the music business at her level. Her relevance and what she brings to the culture is outstanding. Additionally, Beyoncé’s ability to craft the way she does is impressive. She is one of the only people to borrow from the various world sounds, tastefully, to rap, sing, dance and entertain at a top-notch level.

Beyoncé is a rapper on the low.

I told you Beyoncé was a rapper. Keep thinking I am playing!

I’ve been saying Beyoncé is a rap artist, too, for a very long time before your faves—on and off the record. I know we don’t like to credit what most entertainers do as children before their breakthroughs. However, she has “rapped”—or at least filed as a rapper—since she was on ‘Star Search’. Back then in 1993, she was twelve-years-old and in a group called, ‘Girls Tyme’ (later called: Destiny’s Child). There’s something to say about talent shows and the talent that comes through them. Not everyone leaves a winner, but they can go on to make a huge splash in the world, nonetheless. GRUNGECAKE sees itself similar to a ‘Star Search’, respectively.

Above all, hearing Fela Kuti’s ‘Zombie’ play during Beyoncé’s Coachella set was all I needed. I grew listening to both artists, watching Destiny’s Child and Beyoncé as a solo act—someone not much older than me. Knowing that she also worked with The-Dream on a Kuti-inspired album, let’s me know that she takes notes—from all musical pioneers, musical legends, and fellow musical icons. It’s refreshing to know, publicly, that she is limitless. Although I would have loved to hear an Afrobeats album by Beyoncé, she wasn’t ready to take the world over yet. Perhaps, she and her husband had to reveal what they shared with us first. Happily, in a post-Black Panther world, it may spark that fire in her again. Who knows?

Speaking of blending an array of sounds—urban/underground into a pop music format/display, Beyoncé is the queen at it. We, well I, will not also forget how much she always integrates Texas and Louisiana music into her sets and music, effortlessly. Making me appreciate Southern culture—from a woman’s perspective—as a Northerner more. All of it influences her, is her culture and she isn’t afraid to show us/be herself. Flaws and all or flawlessly: Femininity, sexuality, and Black culture were present last night.

Such poise, such a production. I have to thank Beyoncé very much for sharing her life stories (difficult ones and otherwise) with us all of these years—and being the first Black woman to headline Coachella—having her husband, sister, and the last version of Destiny’s Child with her speaks volumes. She shows us that there’s still a way to be mysterious and share and present your personal life when you’re ready—not tarnishing your legacy or public perception. Bravo!