With an attempt to make music with a “lighter” sound, the song [named after the tall pink and scarlet bird] is a poppy track that embodies short simple messaging. As a tourist or patron of the zoo would watch flamingoes in adornment for the first time, the singer seems to admire someone he loves. The second verse opens with a confessional; brings us back to the hook of the day.

‘Flamingo’ featuring Jordan Rakei is probably the closest I can get to making a pop song.

Who are the creators behind the music? Beau Diako is a British producer and guitarist, who worked with esteemed Australian multi-instrumentalist, vocalist and producer Jordan Rakei on ‘Flamingo’ from his debut EP. It is the third and final single from the six-track project. Diako is a self-taught musician whose influenced by a cauldron of styles and sounds. He is known for his work on tracks by Tennyson, Lido, Jordan Rakei, Galimatias, and more, or as half of Zoology or Pigarette.

If you’re a fan of Jesse Boykins III, more than likely, you’re going to appreciate this record. Listen now. 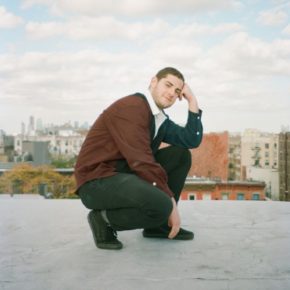