Meet Histibe, the electronic music composer from Kiev, Ukraine. For the past 8 years, he has worked on music in the style of bass and techno and is currently lending his hand as a music producer of songs, sound designer and he continues to express himself through his music all over the world. *Listen to our top Histibe picks from his brand new HISRMXBOX mix tape below via our Audibase powered player.

From looking at the creativeness of your album art to your latest video late night 2.0 with Balkansky, I was curious to find out if there is a direct correlation between your music and the art, or if these are two separate entities used to support each other?

Of course, it’s all connected to each other. It’s all art. Visual and audible. One form of art supports another form, reflects each other, complements. My album “Take The Form” was sort of the result of my work between 2008 to 2011. My vision in the form of music. My life, my emotions, which are expressed in the form of colorful audio tracks. Sometimes dark, sometimes mysterious, sometimes strange. Such as “Inside”, “Pulsar” or “Late Night Rave”. It’s from another world, but at the same time, light and emotional as “Elements” or “Circles & Above” That’s what I wanted to share with the world at the time. It serves as therapy, if you will.

With there being so much bass music out now and the rate of what defines something as being “bass music” changing, how exactly would you describe your genre? (If you had to do so?)

When I started listening to this music in the early 2000s, it was called Drum and Bass, breakbeat and garage — mostly. But there was also Jungle music, a mixture of broken beats with dancehall and dub. A major role in this genre played drums: crazy, virtuoso breaks at a range of 160 to 180 BPM. Jungle, Drum and Bass along with Techstep, Neurofunk, etc. was one big movement. A little later, it was the development of dubstep. Everything began to mix, especially, the handwriting of sound. Now, we have the phrase “Bass Music”, which describes all of these genres. I feel comfortable if it’s all called “Bass Music”. But I miss Drum and Bass though. I hope kids are happy these days with “Trap” as we were in love with “Bass” back then.

When you’re playing a live set, do you have a secret arsenal of go-to tracks that get the reaction out of the crowd that you’re looking for? If so, could we pry one or two of those tracks out of you?

I love playing my own exclusive works, unreleased material from my friends, and mixing it up with fresh sounds that drive me crazy day-to-day. It could be anything. In 2009, I was able to mix the music of Stephan Bodzin and Proket in one DJ set in the same night. In 2011, I was mixing Kanye West and Noisia songs with my own tracks during my performances. It was innovative, at that time. I like extraordinary things in an ordinary place. You can check out some of my older mixes on my SoundCloud page. I hope to see you all at a gig soon!

When you’re performing, typically, what are you thinking about?

I think it depends on my mood — same as any other person. Of course, during the performance, I am thinking about how to make it better and just to keep in touch with the audience. There is nothing special. That’s just how it is. A pleasant atmosphere is always welcome.

What projects are currently in the works for you?

2013 started out with two original videos already. Italian director Maria Pia Fanigliulo worked on my music video for “Elements” as you can see above. Renato Marques did amazing graphics for “Late Night 2.0”, in which, received Vimeo Staff Pick.

Because of this, there’s a probability that later this year, I will re-release “Take The Form” — my compilation album with bonus tracks, as well as more music videos. Plus, I opened myself for professional sound design in 2013 with release of my first sample library “Future Breaks” for Samplephonics UK and I want keep improving myself in this direction, as long as I see myself in this journey. 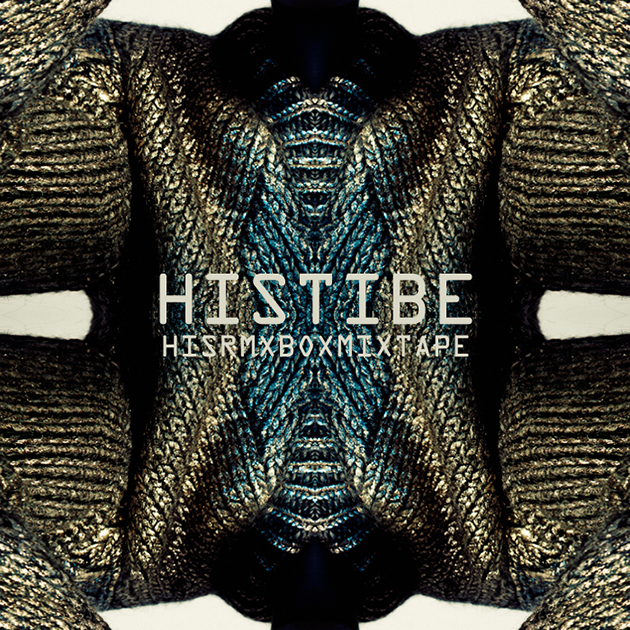 In addition, my first mix tape saw the light in March. The project is called HISRMXBOX and it is a mixture of Hip-Hop and Electronic music. I think these are the records that was most necessary to release in one box. For me, it was just to express the music of my time as well as the variety of all modern genres. You can hear my remixes of JAY Z, Kanye West, Beyoncé, bootlegs of Tyler, The Creator, Noisia, Lil B along with dubstep and drum and bass beats mixed with The-Dream, Drake, and Lloyd Banks.

Histibe, if you were asked to describe yourself (the person) in one word, give it a go with what it would be and why?

Diddy. On that last train to Paris. Shout out to New York!