Bankskee’s “Andale” brings on the nostalgia.

rowing old and living in the future is unexplainable to groups of people who have yet to have the experience. In another breath, it is fascinating to see someone you’ve gone to high school with becoming an accomplished musician. It is another thing to have acknowledged whom he associates. Then, to witness and support something they’ve created together. If you are blessed to live long enough, separate networks overlap. Thus, inescapable patterns form.

Back in 1999, Newtown High School is where we spent most of our days. That Autumn, I entered the ninth grade. I was nowhere near the path that I’ve carved out for myself now, but I knew I wanted to be who I am today. An expressive, truthful, independent, and useful person. It wasn’t easy, then. Nor is it easy now, but it is what I required of Allah.

In addition, our school boasts notable alumni like Estée Lauder, Zoe Saldana, Gene Simmons (Kiss), Smush Parker, and Charlie Villanueva. A large percentage of the student was and is Hispanic and Asian. We, the African-Americans, could count how many of us were there on our hands and feet. 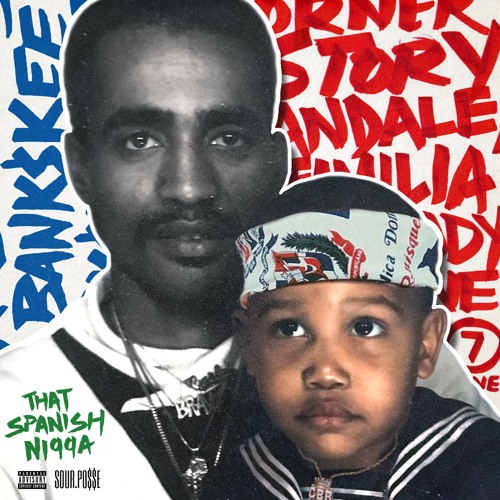 Bankskee and I used to say hello to each other in the hallway. We’ve probably eaten at the same local Dominican restaurants in Corona, Queens during breakfast, but I didn’t know he made music. I’m sure he didn’t know that I was a writer either, so we’re even.