Bankroll Freddie, the Helena, Arkansas-born Little Rock-dwelling rapper, just released the official video for ‘Drip Like Dis’ featuring Young Dolph and Lil Baby through his new deal with Quality Control. Before today, we hadn’t heard of his hometown, which had a population of 10,032 in 2010, according to Wikipedia, but he’s putting it on the map. In case you aren’t in tune, this version with his fellow Southern rappers is the official remix of his viral hit from his mixtape, ‘Saved by the Bales’.

How did Bankroll Freddie get the attention of Quality Control CEO Pierre “P” Thomas? It was after the rapper released his ‘Lil Baby’ freestyle. Shortly after, the CEO reposted his #ActUpChallenge freestyle. “P” invited Bankroll Freddie to Los Angeles. They met up. The rest is history! It’s safe to say Bankroll Freddie may be the biggest thing to come from Phillips County. Until the release of his forthcoming project in November, check out the visual below. 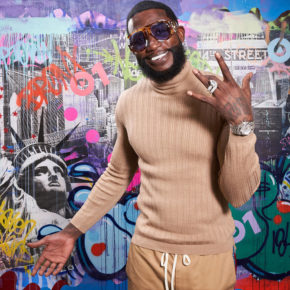