For the first time in a quarter-century, Atlanta Brave fans celebrate can a World Series Championship. The Braves had the longest active streak in MLB of 17 playoff appearances without a World Series win. That is no longer a fact as the Braves trampled the Houston Astros 7-0 in a closeout game. Game 6 is the first shutout in a clinching World Series game since 2005.

In the 3rd inning, designated hitter Jorge Soler hits a three-run home run against Astros starting pitcher Luis Garcia, that soared over the Minute Maid train tracks and is still soaring through the air. The crushing home travelled 446 feet and broke the ice for which team would get on the board first. After Solar performance, he was the clear-cut World Series MVP. Dansby Swanson and Freddie Freeman added their home runs later in the game to really put a button on it.

Max Fried, who struggled in game 2 of this series, was spectacular in game 6. Fried threw for 6 innings, striking out 6, and no earned runs. He gave the Braves to distance needed for manager Brian Snitker to send Tyler Matzek and Will Smith for the closeout.

The story of the Atlanta Braves this season is truly amazing. They are the 2nd team ever to go on and win the World Series after having a losing record after the All-Star break. They were under the .500 mark for 126 days, lost an MVP front runner Ronald Acuna Jr. to a blown knee, and lost power bat outfielder Marcell Ozuna to a domestic violence case.

After the trade deadline, the Braves did something no other team in baseball had ever done. They acquired four outfielders in Joc Peterson, Jorge Solar, Eddie Rosario, and Adam Duvall and never looked back. The Braves had the best record in baseball after the tradeline and eventually won their division.

Atlanta had to withstand menacing opponents this postseason, having to face a division winner in the Milwaukee Brewers, a 106 win team in Dodgers, and the best offence in baseball this year in the Astros. Atlanta was the only team under 90 wins to make the playoffs; How probable was it for them to win the World Series? This is truly a remarkable story and much-earned success by the Atlanta Braves organization. 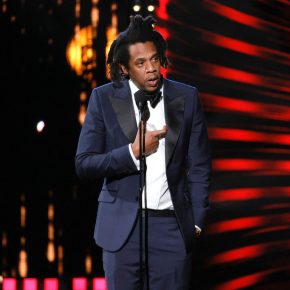