The American Society of Composers, Authors and Publishers (ASCAP) recently announced the launch of the ASCAP Citizen campaign, powered by HeadCount, urging ASCAP’s more than 775,000 music creator members and their fans to make sure their votes are counted on Election Day 2020.

Announcing the ASCAP Citizen launch, ASCAP Chairman of the Board and President Paul Williams reminded his fellow songwriters why their voice matters:

We are music creators, from all walks of life. Our music has the power to change the world. That’s why we work so hard for it to be heard. Now, we need our votes to be heard. It’s time to embrace our role as ASCAP Citizens.

To kick off ASCAP Citizen, @ASCAP social media channels will feature photos and videos with personal messages about voting from ASCAP members each day during the week of September 21. The initial list includes: Jermaine Dupri, Jane Wiedlin and Charlotte Caffey of The Go-Gos, John Nolan of Taking Back Sunday, Matt Berninger of The National, Brothers Osborne, Avenue Beat, Ingrid Michaelson, Joe Godino of The Menzingers, film composer Pinar Toprak, mxmtoon, Donna Missal and The Maine, among many others. ASCAP will also amplify the “get out the vote” messages of other top members who are engaged in their own vote campaigns, including such names as Cardi B, Billie Eilish, Finneas, Ariana Grande, Selena Gomez, Diplo, John Stamos and others partnered with HeadCount.

ASCAP Chief Executive Officer Beth Matthews explained the rationale behind the non-partisan campaign: As the only U.S. PRO founded by songwriters and governed by its members, ASCAP has always been of, by and for music creators. Through ASCAP Citizen, we are reminding music creators and music fans alike of the extraordinary power that they all have to shape the future of our democracy during these unprecedented times. Voting is a fundamental first step, but we want to encourage our members to be engaged in continuous advocacy efforts as we all work to protect the rights of music creators and defend the value of music.

This partnership celebrates the role of musicians and songwriters as citizens. We applaud ASCAP for its leadership in giving members all the resources they need to help turn out the vote, said Andy Bernstein, HeadCount’s founder and Executive Director.

As part of ASCAP’s new partnership with HeadCount, anyone can visit this link or text VOTER ASCAP to 40649 to register to vote or verify and update their voter registration status. HeadCount is a non-partisan organization that uses the power of music to register voters and promote participation in democracy.

ASCAP is also an official partner in National Voter Registration Day (Sept 22). To extend the momentum of that effort, ASCAP will invite all music creators and fans to share their own ASCAP Citizen messages on social media using the hashtag #ASCAPCitizen to inspire their followers to register to vote ahead of upcoming state voter registration deadlines.

The ASCAP Citizen campaign will shift its focus to getting out the vote in the weeks leading up to the November 3rd election. More information about ASCAP Citizen, including a free social media toolkit, can be found at this link. 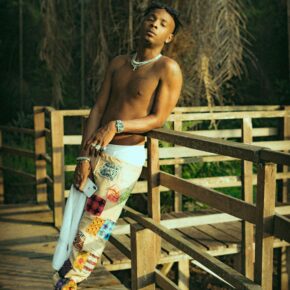