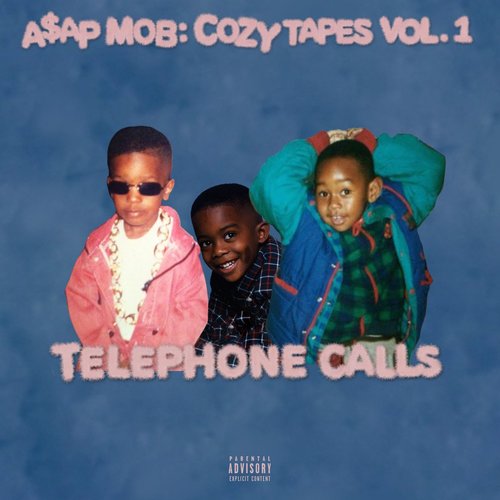 Recently, A$AP Mob released a new project. It is full of bangers. However, there is one joint on Cozy Tapes project that stands out. “Telephone Calls” could easily be inserted to your “turn up playlist” or used to start a mosh pit. “Telephone Calls” is full of raw energy and pure swag. In my opinion, this hyped gem of a track features Pretty Flaco, trading bars with Tyler, The Creator, Playboi Carti, and Yung Gleesh. Once again, A$AP Rocky showed off his ability to effortlessly flow on the track. Tyler came in with the raw aggression. Furthermore, Gleesh and Carti added in a bit of rowdiness with a side of ratchetness. For this reason, it also added the cherry to top it all off. It made it a great track.

On August 28, 2012 the collective released their first full-length project together, a mixtape titled Lords Never Worry, which received mostly mixed reviews by critics. In August 2013, it was announced ASAP Mob’s upcoming debut album, would be released in October, however it would later be delayed. They subsequently released their debut single, “Trillmatic”, in December 2013. The song, performed by ASAP Nast, is an ode to ’90s hip hop and features a guest verse from Method Man. Their debut album, titled L.O.R.D., was set to be released in 2014, however the album was shelved.

Finally, on January 18, 2015, ASAP Mob founder, Steven “ASAP Yams” Rodriguez, was found dead at the age of 26. In addition, the cause of death was ruled an overdose due to mixed drug intoxication.