ARI is afraid of “mixing worlds”, mainly her friends in Los Angeles and her friends back home in Toronto, because she feels they wouldn’t appreciate one another. It isn’t clear what the problems are, but it could be lifestyle choices like sexual orientation, gender identity, or race. It appears ARI takes on a different character when she’s in music mode.

ARI shares: I tend to keep my worlds separate. I have amazing people that I grew up with in Toronto, as well as a second family in LA that I’ve found through my [musical] journey. I’ve always been scared that these worlds, while coexistent, wouldn’t mix. I have a small circle of friends, to begin with, so the thought that the people I love may not get along is a fear of mine. This song is about those worlds colliding and my paranoia of them not being able to exist as one.

If you know the business and you understand artists, you can imagine what she means here. I don’t think she should have to choose, but as the world continues to reveal daily, everyone isn’t on board with a diversity of any kind.

In my personal experience, my friends and family have stark differences in personalities and beliefs, which can sometimes make for a disaster or a ‘Cold War’. Several times, I tried to mix worlds, and my friends didn’t always like each other. They liked me, and that’s all they wanted. Whether we want them to or not, worlds will collide. With that said, it is a duty as their common denominators, to be able to manoeuvre through various energies.

If you like the record, you’re in for some positive news. ARI has an EP titled ‘IDIOTGRL’ coming out in July. 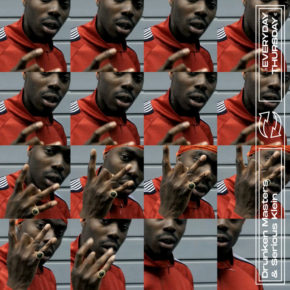