What can you find out about someone within ten tracks of an album they created when they were going through one of the toughest times of their life? Anna Rose, a singer-songwriter and guitarist from The Big Apple, is carving out a slice at a time to create her lane. Taking a break away from her usual Rock ‘n Roll form of expression, Rose activated her Americana wave to tell her story.

The songs that spoke to me the most, personally, were ‘The Chariot’ for its minimal yet incredible guitar-led opening. Aside from the musicality and the quality of the construction of the track, Rose sets the record straight about who she is; what she will no longer allow in her life. Lastly, ‘Lessons for Liars’ is one for the books. If you’ve been undersold, cheated, or disregarded, this one will hit you in ways you didn’t think is possible. We are what we allow, and to hear that kind of accountability on record is motivating and inspirational.

On October 4, singer-songwriter Anna Rose released her new studio album ‘The Light Between’, which is a follow-up to her 2016 EP: Strays in the Cut. We attended her release party at ASCAP in New York City. Stream the album in full below. It is a serene-flowing collection of songs that won’t interrupt whatever you have going on right now. Anna Rose is a fully independent artist, so every stream and purchase matters even more. Your love and support are evident.

Update (October 12, 2019): The actual release date was October 4. Not October 3 as the original article reflected. 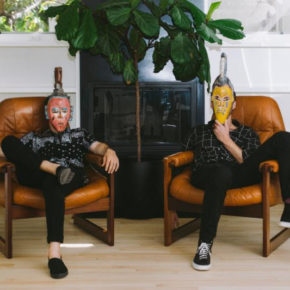