#5NewVideos to get through the week 40 (Animal Hands, BLESSED) – GRUNGECAKE 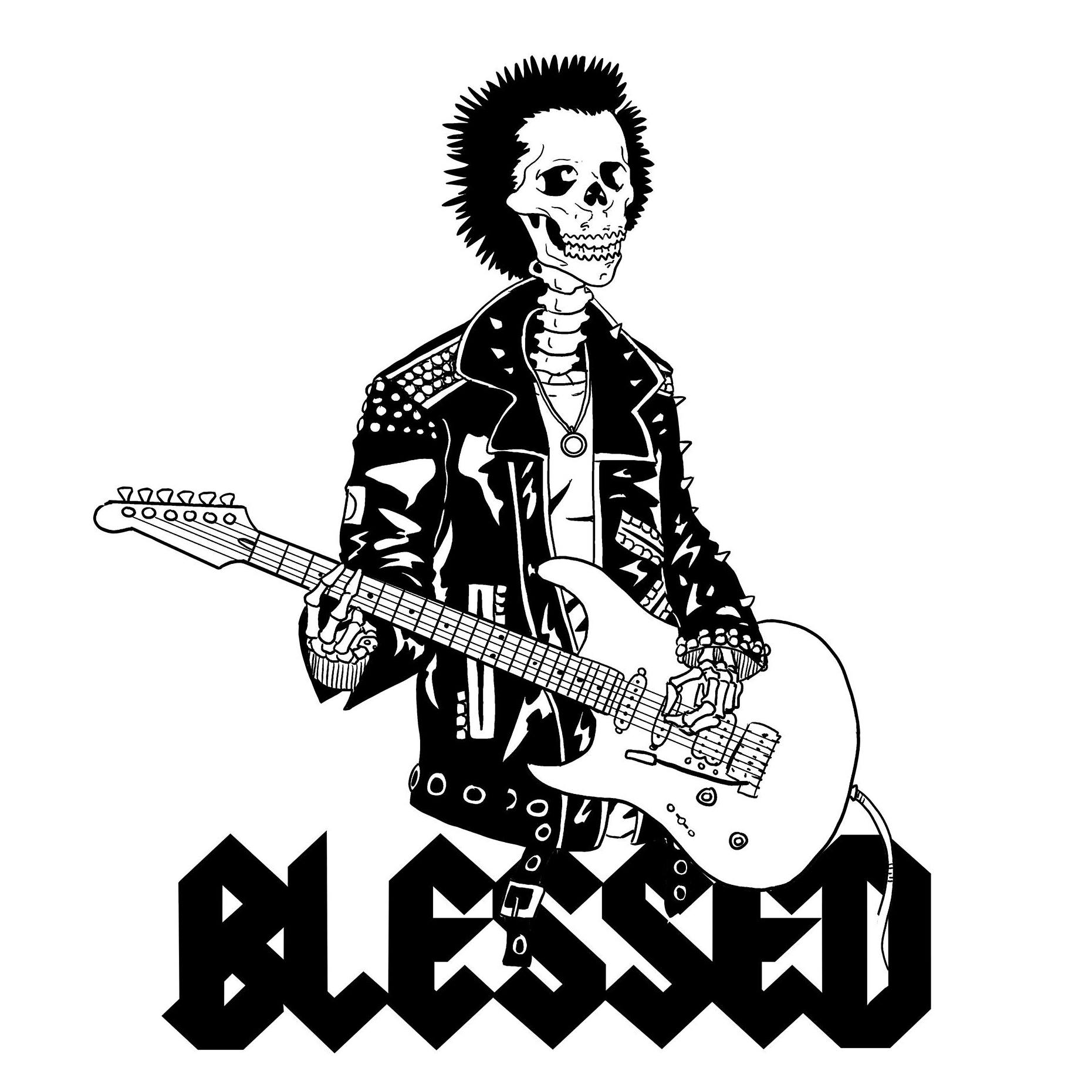 ‘Mirror & The Blade’ might be about the pernicious aftermath of an infatuation. The visual fits the situation like a glove that’s too small to fit on a hand. In the video, front-woman Danielle Whalebone peers into a mirror. Then, while she caresses the mirror she’s sat on, she begins to sing,

“I curse myself with longing. No secret searching to be saved. You’re the beat that skipped my heart as I threw reason to the flames. There are so many knives in my back. I cant move my bones. Sworn in blood to bury me beneath our childhood home.”

Taking the lyrics of the song into account: I would have imagined a video that had more visuals of Danielle wailing. This video is not that. But, it’s still a fantastic video. ’Mirror & The Blade’ is the second single from Animal Hands debut album called ‘Tonic Clonic’. The album is still living on somebody’s hard drive down under in Melbourne, Australia right now. The rock band has not released it at this time, but sources indicate that it’s coming down the pike and it’ll be out sometime in April 2018.

Altruistic people don’t want other people to experience emotional pain. I’m an empath. So, I want happiness for all, all the time. But, I know that we don’t live in a perfect world. Sometimes, a shot in the dark can lead to hurt feelings. Those feelings intensify as time passes. We never forget. But, we cope. Then, we move on. But, the trauma continues to live in our subconscious. That’s what 15-year-old Anastasia Brenner could be singing about with her bewitching voice that carries. ‘Bullet’ is the third song released by the sibling-fronted band from South-Florida called, AnastasiaMax. The song will be on their upcoming debut EP called, The Haunt. Sources claim that the EP will be out at the beginning of 2018.

Planet Earth is like a popular pub that gets overcrowded on karaoke night. Everyone there has something different to add to your intellect. There’s not much space to walk. Let alone, stand. You’ll have to carve out a space to exist as soon as you walk inside. Once you all huddle up and form a circle, you’ll start to have fun. But, eventually, it’ll get so suffocating inside that pub that you’ll want to go outside for some fresh air.

There are almost 7.5 billion human beings on our planet at this moment. All 7.5 billion of us are going through different experiences. Sometimes, it’s helpful to hear all about what other people are going through because it might teach you something you’ll be able to use to enrich your own life. To figure that out, sometimes you have to go to that private place inside your psyche (mind) where you can ponder what you’ve learned.

Then, you can re-centre your energy so you can go on and continue being yourself. BLESSED wrote a verse for his song ‘My World.’ It’s “We all got stories. We all got secrets. We all got angels. We all got demons. We all got joy. We all got pain. We’re all just one but not the same.” I like this verse because it’s a philosophical verse. And, it’s accurate. BLESSED wrote other good verses for this song as well. They’re all intimate. BLESSED is from Australia. He’s got a six-song EP out called “Love Letters.” “My World” is the 1st song he’s released since he released his EP on June 2, 2017. The video’s recorded in woodland. It’s an appropriate location because the song’s so intimate. I love forests. A forest is a perfect place to contemplate your life because it’s private.

Migos, an American Hip-Hop trio consisting of Quavo, Offset, and Takeoff are the proprietors of the Migos Stir Fry Restaurant in Kowloon, Hong Kong. And, they’re masters of the Chinese Martial Arts. When Sister 13, one of their employees don’t show up for work, Migos has to open up the restaurant without her. They’re understaffed. Then, after the owner of the rival Great Wall Restaurant on Hong Kong Island talks to Sister 13 on the phone, he throws a box of stir fry through the restaurants’ window.

Normally, a box of stir fry wouldn’t break the glass. But, this one, had a severed hand in it. So, it does. And, when the box lands on the floor, it opens, and the severed hand falls out. All the customers are freaked-out. Migos are in the back playing a game with a set of dominoes with American rapper, singer, songwriter, record producer, and film producer, Pharrell. So, they have no idea what’s going on. When one of their staff comes in and reveals the severed hand to Quavo, Migos know they’ll have to visit the Great Wall Restaurant to get their vengeance.

When Migos and their posse arrive, Mr Great Wall and his posse intercept them. And who’s standing right beside him? It’s Sister 13. And, she’s not on team Migos Stir Fry anymore. Now, she’s on team Great Wall. That snake. After some furious kung fu fighting, Lee and Máng, the two fierce women on team Migos Stir Fry defeat the treacherous Sister 13. Then, Migos square off with Mr Great Wall. Using their finesse as quite the savage tag team kung fu unit, Migos put Mr Great Wall to sleep. Then, they remove Sister 13’s tongue. This video had a myriad of knee-slapping hilarious scenes, but my favourite is when Quavo points at Mr Great Wall and says, “Time to go to sleep.”

I love it because the scene fades out right before Quavo starts to burst into laughter after delivering his one-liner. Stir Fry is the 9th song on Migos’ third studio album called Culture II released on December 20, 2017, as a promotional single. Culture II was released on January 26, 2018, by Quality Control Music, Motown and Capitol Records.

Families come in many forms. Your blood relatives will be your tribe forever. But, that doesn’t mean you can’t adopt a best friend or two into your tribe till death do you part. Fabolous and Jadakiss deliver some verses that are food for thought that draw on their personal experiences. This video directed by Gerard Victor is a meaningful remark about how vital immediate and extended families are.

The first few lines of Fabulous’ first verse go “Coming through with the paper plates like the barbecue. Got the haters shaking heads like the bobbles do. Yeah, but it’s all for my family. The goal wasn’t live middle class and buy Camrys. I want us all to eat, even if from my pantry. I guess I’m just more soul food than eye candy.” Fabulous tells you what’s most important to him here: His loved ones having enough food. The entire video’s full of heartwarming scenes. From start to finish, the point of the video could be to depict how a childhood friendship between two adolescent boys carried on into adulthood despite what life brought. Also, how important it is to be present for all the people who are part of your life. And, how meaningful all that is.

French recording artist, Noür, recently released the official video for “So Strong”. The tune carries a distant nostalgic Hip-Hop bottom that is begging for a hardcore rap verse or two. Instead, there are speak-sing lyrics performed by Noür that exhibits strength. “So Strong”, the smooth melodic song is a standout from a forthcoming ALM-produced extended play titled, “Beauty for Freedom”. Watch the video below. (Richardine Bartee)