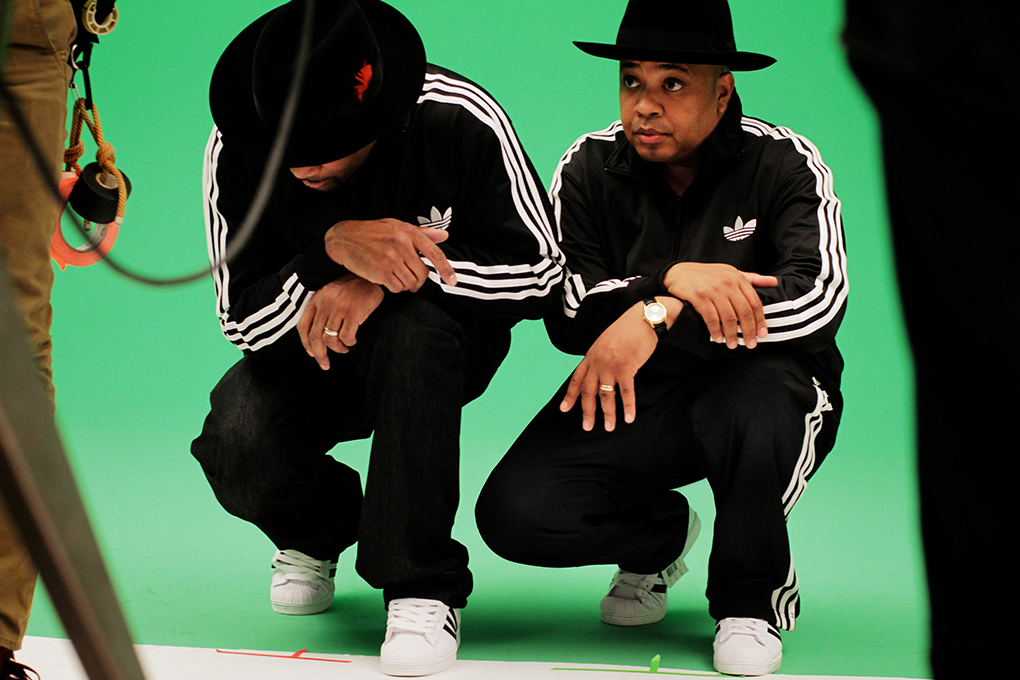 On the first of August, two music icons go head to head in the ultimate culture clash when Hip-Hop legends Run DMC collide with superstar DJ A-Trak in the FW13 adidas Originals campaign.

Sparks are sure to fly as the true masters of collision Run DMC take on the prince of clubs A-Trak in the studio to create a new contemporary anthem that will unite all originals. Right from the start, Run DMC have constantly collided with cultures, inspiring others at every turn. These Rap pioneers were the first to unite Hip-Hop with rock ‘n’ roll and fashion with music. Now, they’re at it again in a new-school tussle with the hottest mixmaster on the planet.

And in the greatest collision of all, fans across the world can unite with Run DMC in an interactive film that brings the legends to life!

Set in New York, Run DMC will be the players in a music video that can be controlled by fans. Using voice commands and adding visual effects, fans will be able to influence the video and trigger special effects and animations.

adidas Originals collides these two originals to produce a zeitgeist moment for 2013.