Since Jimir Reece Davis was a young child, the Philadelphia artist was always making things—from films to his own beats. On Thanksgiving Day 2020, Amorphous set out to make his father proud and wound up releasing an internet sensation—which has received 2.7 million views—when he posted his mash-up of Rihanna’s 2016 hit song ‘Kiss It Better’ and Luther Vandross’ 1981 classic ‘Never Too Much’ on Twitter. The mix garnered attention from many artists, such as LL Cool J, DJ Khaled and Bronx rapper Fat Joe, who called him to collaborate on the song, ‘Sunshine (The Light)’, which the two released this year. The track was playlisted across Apple Music top tier playlists R&B Now, Today’s Hits and It’s Lit! and helped catapult his global rise across the platform in just a few short months.

I am beyond honored and blessed to be selected as Apple’s Up Next Artist this month! said Amorphous. As a young Black producer, filmmaker, and overall creative, a moment like this is so huge for representation. Ever since I was a kid, I dreamed of being in a position where I’d be fortunate enough to not only share my talents with the world, but inspire others from a multitude of generations with my own life experiences and creativity. I want to continue the work that has been paved before me and by my producer peers beside me by showing that we deserve to be treated as main artists, because that is what we are. I am so thankful to Apple for getting behind that vision.

Amorphous is a DIY success story that has been amazing to watch in real time, said Apple Music 1 host Dotty. Many of us have been there since he first began uploading mash ups online and now we get to see the beginnings of his transformation into a production superstar. Amorphous is a creative force that is destined for incredible things in music and beyond.

In his Up Next film out today, Amorphous shares details of his journey, from growing up in a supportive household with three different generations of musical influences to channeling his creative energy into music and film after being outed in 7th grade. He tells Apple Music: I just was like ‘You know what, at this point, you might as well just embrace who you are and embrace your creativity.’ I think for me, the way that I kind of expressed myself even in a way of like dealing with certain traumatic events, was just me creating….it was a way for me to kind of like discover other people that were just like me. That’s when I became the behind-the-scenes person.

Additional ‘Up Next’ campaign moments include a Jimmy Kimmel Live! performance on July 12 and a sit-down interview with Apple Music 1’s Dotty, where he discusses what it was like working with R&B superstar Brandy, how Oprah gave him a new computer, and other guest vocalists that will appear on his debut EP. 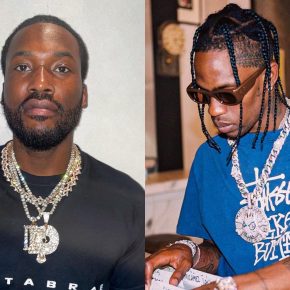 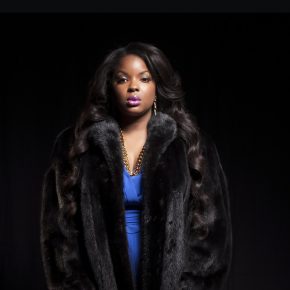