Alpha Rev’s brand new release “Bloom” hit the streets this week — March 19 (Kirtland Records). Hailed as “emotionally raw… a potent record” (Dallas Morning News) and as “a pick-me-up… empowering and inspirational” (Sun-Sentinel), “Bloom” has been climbing the radio charts for several weeks now. The band premiered the video for the album’s first single, “Sing Loud”, at mtvU.com last week. Having recently debuted the new material live during a handful of performances at SXSW, the band now heads out on massive 30+ date spring tour. The complete list of shows is included below. 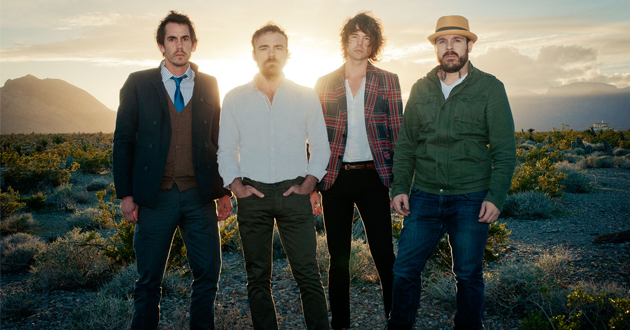 With a glistening rock sound that is at once fragile and tough, “Bloom” picks up threads from the past while it takes a big bite into the eternal here and now. Drawing from the wellspring of American history, the grandeur of its landscape, and life’s sweet and tragic mysteries, Texas-born McPherson leans into his personal challenges as well as the wages of the 21st century and emerges with a triumphant and timeless statement.