Aloe Blacc’s voice fills a void that soul music has desperately searched for since the days of Bill Withers, Otis Redding, and Sam Cooke. In 2013, he proved that he was indeed “The Man” when his single “Wake Me Up” featuring Aviici topped the charts in over 103 countries and ultimately became one of the U.K.’s top selling singles of 2013. Blacc’s music ignites the hope of the socially conscious and infuses strong “soul-folk” undertones that invoke strong emotion and awareness.

When he took the stage at the GRAMMY U Amplifier event, it was his fourth performance of the day and the 15th performance during the South by Southwest Music festival. He treated the crowd to a few songs off of his brand new album entitled “Lift Your Spirit” and as he finished an acoustic version of his hit single “The Man” which was featured heavily during Beats Music commercials, ESPN, and on the 2014 Nickelodeon Kid’s Choice Awards, he smiled to the crowd and stated that “It’s such a good feeling to know that I get to wake up in the morning and sing songs for you all.”

The authenticity of his voice and presence captivated the intimate crowd and provided an experience that many will probably never forget.

With GrungeCake being one of the few magazines granted exclusive access to directly interview Aloe Blacc, we were honored and humbled by the opportunity. At the end of his set, he entered the back room and greeted everyone with a smile. 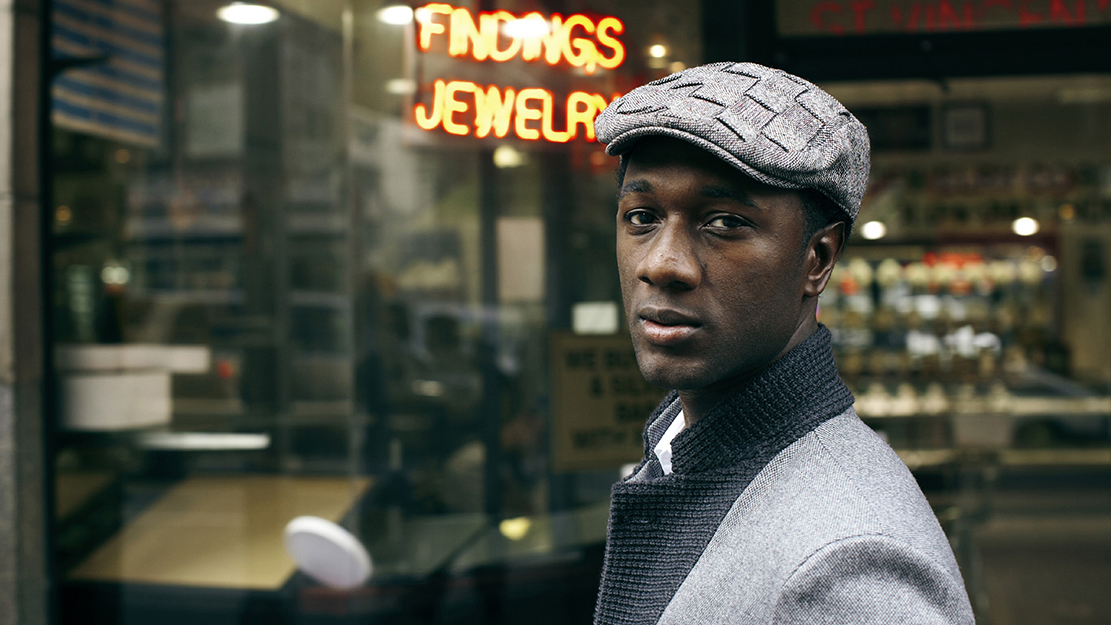 Who inspires you musically?

From a music standpoint, I would have to say Lionel Richie, Donny Hathaway, Aretha Franklin, and DJ Rogers. From a creativity standpoint, it would be Jean McDaniels, Jimi Hendrix, Michael Jackson and The Beatles.

How does it feel to be back at South By Southwest?

The first time I came [in 2006], I was only featured in one or two showcases and this year, I am in 16. It helps because it’s my album release week, but it is definitely a lot.

You’re set to tour with Bruno Mars this summer, what are you most excited about?

I get the chance to share my music to the masses and really get into the new songs. All of the songs are finished in the studio, but they’re never really done until you take it to the stage. I am excited to be here! The goal is definitely the music. I love the process of making music and that’s really where the reward is.

What was the best advice you were ever given as an artist:

Best advice I’ve ever received was from Quincy Jones was to study the ten artists that you really love and study everything that they did and make an album out of it.

A lot of GrungeCake’s readers are aspiring musicians, what advice would you give to them?

Thank you so much Aloe!