bout a month ago, a New York City-based fashion brand called AKINGSNY shared the latest video promoting their Fall-Winter collection. The minute-long visual opens with raindrops followed by several everyday sounds including zipping. The brand is best known for the ‘immaculate, highly detailed cuts illustrated through the use of a J-shape approach to signature silhouettes.’

Alan King, its twenty-year-old designer, presents the ‘contemporary men’s collection guided by expert-level craftsmanship.’ If you like what you’ve seen, feel free to shop the Fall collection on the website. 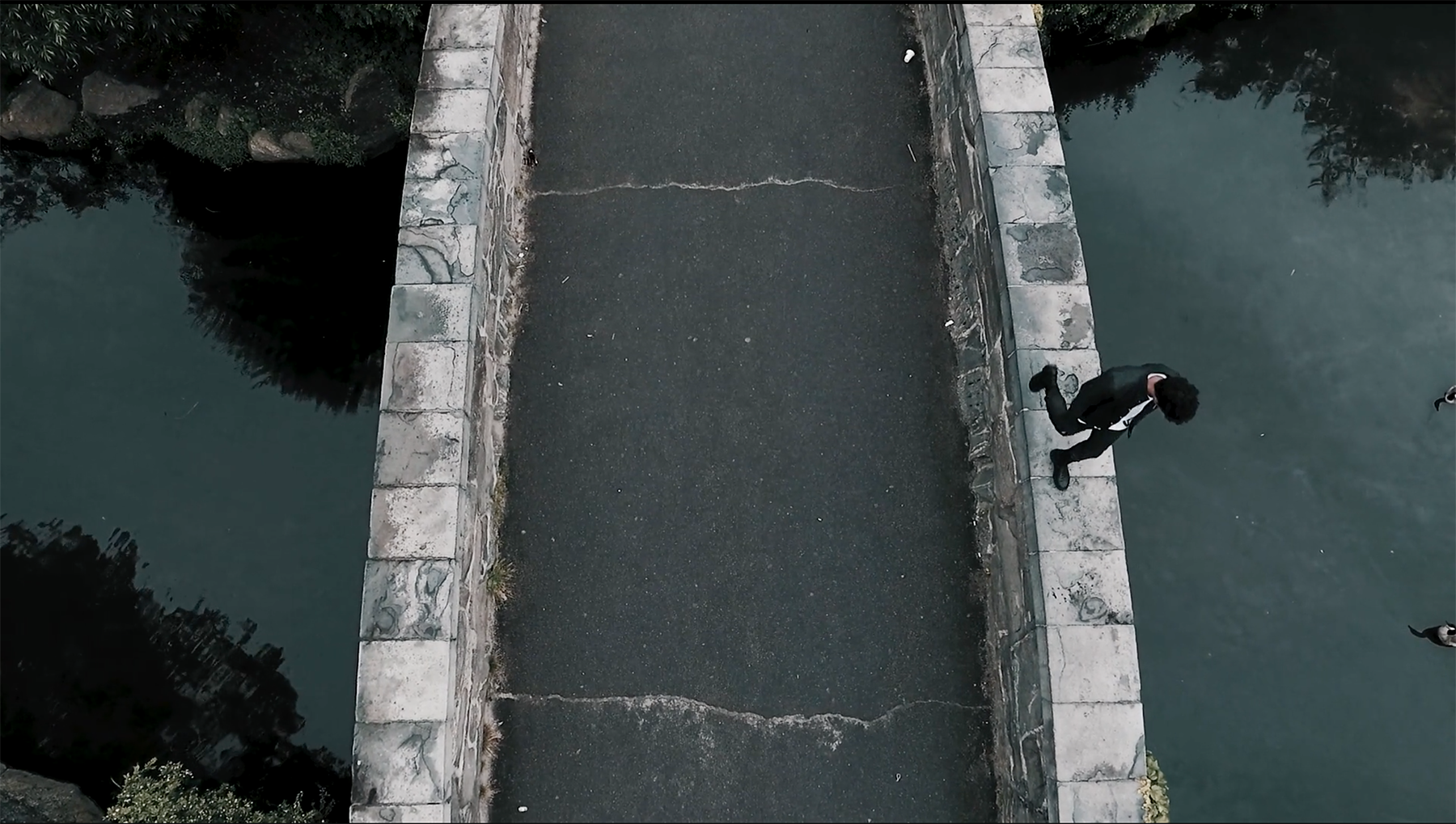 Personally, I’d like to hear more of the Virgin Max track. Watch the video—Self Reflection—below.

Our denim is sourced from the finest Japanese and Italian Mills. We bring a more avant garde cut to the contemporary market. Founded by 20-year-old entrepreneur Alan King (Alan Cheung). Our style can best be described a modern detail orientated ninja. Each piece crafted for you to feel like royalty.

“Alan started this dream of achieving a goal in the fashion industry around the age of 15. His company is called AKINGSNY, officially established in January 2016. Alan first started with a collection of graphic tees. He wanted to create clothes he could see himself and his friends wearing. As Alan evolved, he became fascinated with silhouettes, stitches, and material. He began to work more closely on cut and sewn to bring his creative vision to life. AKINGSNY felt that there was much more that could be done instead of settling for a blank canvas that has already been moulded by the views of society. The key to creating art is innovation and originality. Alan stated, “To limit yourself with pre-made canvases constructs boundaries in your creativity, by creating my own canvas I can present a more genuine conversation.” I believe he is absolutely correct.

Clothes have more power than just being pieces of material that cover one’s body. They symbolize who we are, and how we carry ourselves. Alan stated, “One could be walking down the street, and without even making eye contact with another individual, your clothes immediately ignite a conversation.” Fashion can bring people together from all different parts of the world.

All of the fabrics in AKINGSNY products are from Italy and Japan. As AKINGSNY began to further develop, they established close manufacturer relationships in New York, California, and China. Alan stated, “As a young company we want to build robust connections with more people from all over the world, and get outside of our comfort zone.” AKINGSNY is willing to do anything in their power to make the brand better and more unique.

Each pair is delicately crafted down to the last stitch. I then looked at Alan and asked him, “Which one is your favourite?” He paused, considered, and then said, “I do not really have a specific favourite because every piece of denim is a different conversation and tells a unique story.” Alan thinks of what he is doing in steps or frames to be precise with every move. The great philosopher Plato once said, “Better a little which is well done, than a great deal imperfectly.” The process from start to finish is what sets AKINGSNY, a cut above the rest.” — Francis-King J. Nnamani