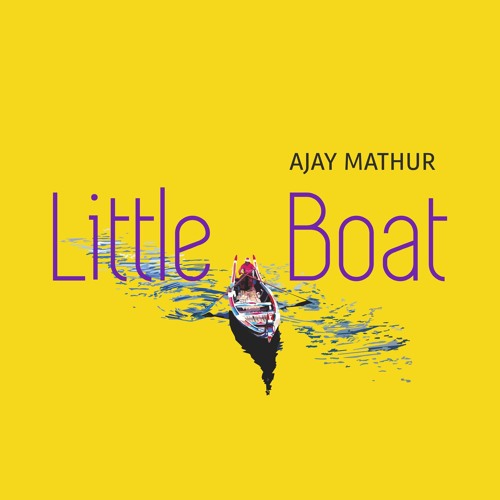 Ajay Mathur, a well-travelled Grammy-nominated singer-songwriter and guitarist, released a thirteen-track LP entitled, “Little Boat” earlier in the month. On the opening track, the India-born musician describes his character complexities on, ‘Here’s the Love’. Then, he re-introduced the fun-loving harmonica from my childhood to me (‘Sesame Street’ and other children’s television series on PBS). As far as the songwriting goes on the Bollyrock ‘Forget About Yesterday’, it suggests the listener move forward—to think about tomorrow and forget about yesterday. ‘Grooving in Paris (All My Choices)’ starts off with the likes of an opening sequence of a crime drama. Everything about the album is nineties nostalgic for me.

The album picks up when the roaring guitar enters on ‘My Wallet is a House of Cards’. ‘Ordinary Memory’ is about resilience, picking yourself back up when you’ve fallen. In fact, the entire LP focuses on bouncing back—something that I identify with—strongly.

Overall, the LP travels through various sounds as its influences are many and as unique as its creator. Mathur is a seasoned musician. He played in New Delhi and Mumbai at the height of the psychedelic seventies. His music charts in the US and the UK. Have a crack at his latest release, “Little Boat”, below.