No Trumpism is AFROPUNK’s 16th mixtape. 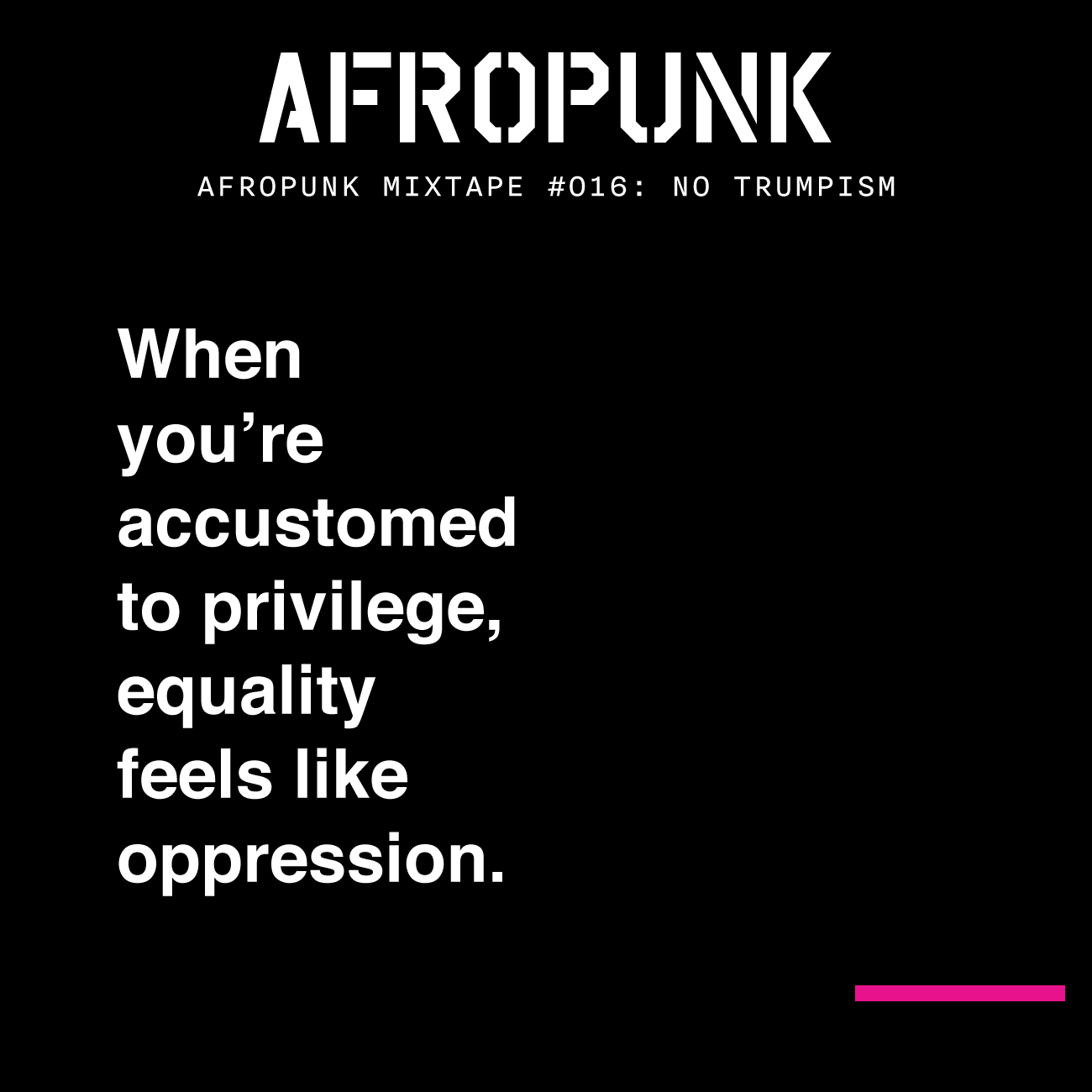 Shortly after returning home from shopping at the supermarket and attending the Phife Dawg Memorial at a park on Merrick Boulevard in Queens (check out the Instagram banner at the bottom of the site), an email with AFROPUNK’s latest mixtape was in my inbox. “No Trumpism,” it read. Joining the ranks of the other “isms” that the movement is against, its sixteenth mixtape is significant to the ongoing fight against “racism” and “fascism.”

Even if politics isn’t your thing or you aren’t following the 2016 US Presidential Election, you know who Donald Trump is, and you’ve probably read a discriminatory quote or heard divisive comments by the presidential candidate on television. Whether these observations made you want to vote for him or not, the damage is done.

Highlighting 18 tracks by severals artists like Tampa-based band Samurai Shotgun, Thiago Elniño from Volta Redonda, Brazil, and Grammy Award-winning Jazz musician Esperanza Spalding, the mixtape is diverse. Direct and straight-to-the-point, one of the songs plainly says “Fuck Donald Trump,” while other songs are full of energy, motivating messages, voice snippets packaged as interludes from the political campaign trail, and positivity (based on your perspective.)

Whether you know who the mayor of your hometown is, you haven’t registered to vote, or you don’t plan to vote at all, new music and a themed playlist are always things to celebrate.

In June, the AFROPUNK Festival will occur in Paris, France from June 3rd to the 5th. Tomorrow on Beats 1 Radio, the station will debut the late Phife Dawg’s new single and the music video will debut tomorrow night at the Apollo Theatre in Harlem, New York. According to Billboard, the record is a track from an album the artist was working on at the time of his death. The album is called, “Give Thanks.” Half of the money will go to the American Diabetes Association and the National Kidney Foundation.

Stream the AFROPUNK mixtape down below. Then, check out a preview of the new record by Phife Dawg titled, “Nutshell” too. J Dilla, one of Detroit’s finest producers, composed the record.