African Americans want more for themselves and from corporate America, and they express it with their dollars as they move through the consumer journey, from brand awareness to purchase, as revealed today in Nielsen’s 2019 Diverse Intelligence Series (DIS) Report on African Americans.

It’s in the Bag: Black Consumers’ Path to Purchase explores the non-linear and uniquely technologically driven road that African Americans follow to make purchasing decisions, which ultimately maximizes both online and in-person shopping options. This path highlights several differences in shopping behavior and purchasing when compared to the total US population. The report also includes deeper insights into how culture, socio-economics and business influences how, why and what motivates African American spending in a special co-authored section by advocate and media commentator Angela Rye, CEO and Principal of Impact Strategies.

At 47.8 million strong and a buying power that’s on par with many countries’ gross domestic products, African Americans continue to outpace spending nationally, said Cheryl Grace, Nielsen’s Senior Vice President of Community Alliances and Consumer Engagement and co-creator of the DIS Report. This year, we wanted to help brands and marketers understand the multi-faceted process that Blacks take to buy the products they buy. There are several drivers, but culture is at the center of them all. Further, with their love for technology, they are much more savvy and conscious consumers. They are as we say, ‘woke.’ They pay attention to how companies are speaking to them. As they spend more, they want more for themselves and from the brands they support.

Dating back to 2011, this is Nielsen’s ninth report highlighting the media consumption, purchasing habits, lifestyle interests and economic advancements of African Americans. It is the third in a theme, released by Nielsen this year following the comprehensive purchasing processes of Asian American and Latinx consumers. Key takeaways from It’s in the Bag: Black Consumers Path to Purchase include:

African Americans are welcoming recipients of advertising across all channels. However, while the trends of the Black buying power and over-indexing in spending continue to increase, companies’ investments to advertise to them have decreased.

Physical appearance reflects a sense of cultural pride and self-expression in the Black community. This is evidenced by the top spending priorities for African Americans from everyday soap to luxury handbags.

While online shopping grows, African Americans continue to head to physical stores for the personal touch and feel experience—but with more discerning eyes.

The “for us by us” trend of Black-owned brands is profoundly impacting the African American path to purchase and consumer marketplace. Black consumers support brands that align with their lifestyles and values.

Nielsen continues to unearth undeniable data and insights that highlight both the agency and power of Black consumers, and the plethora of opportunities that exist for companies that are focused on nurturing and empowering how they move through the world, said Jonathan Jackson, former 2019 Nieman-Berkman Klein Fellow in Journalism Innovation at The Nieman Foundation for Journalism and member of Nielsen’s African American External Advisory Council.

Nielsen uses US Census data to determine population estimates that inform its US panels and its understanding of consumer behaviour. Given the rapid diversification of the US population, an accurate census has never been more important. That’s why Nielsen has signed on as a 2020 Census Official Partner with the US Census Bureau and utilized census data to show the economic and demographic impact of African American consumers. This is the second time the company has leveraged this partnership for the Diverse Intelligence Series, after the 2019 Latinx consumer report, released in August.

For more data and insights, download It’s In the Bag: Black Consumers Path to Purchase at Nielsen’s African American community site. Nielsen invites consumers to weigh in on the discussion using the hashtag #TruthBeTold on social media. Follow Nielsen on Facebook (NielsenCommunity) and Twitter (@NielsenKnows). 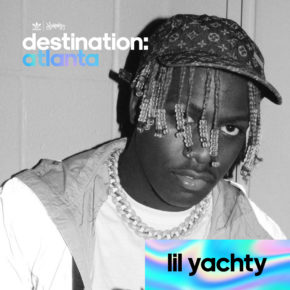 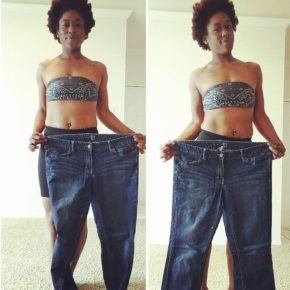