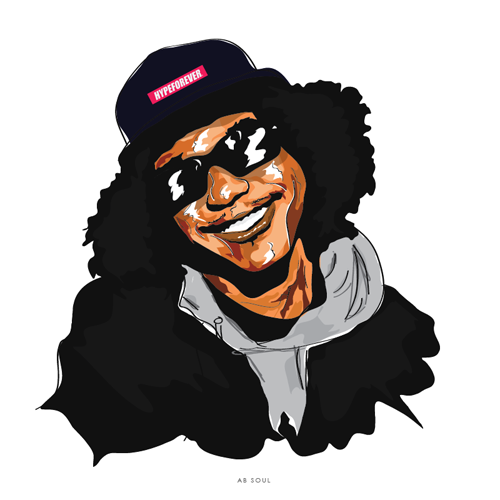 The Village Voice’s annual free 4Knots Music Festival announces rapper and Hip-Hop recording artist Ab-Soul is set to headline the 4Knots Official After Party on Saturday, July 12 with special guests. The After Party will be held at Webster Hall immediately following the 4Knots Music Festival at South Street Seaport. Tickets for the After Party are just $30 and pre-sale tickets go on sale tomorrow, May 28, at noon via this link using the pre-sale code 4KNOTSPR. General public tickets will go on sale June 3 at noon. The show will be 21+ with doors at 8:00PM.

Ab-Soul is a rapper and Hip-Hop recording artist who has recorded both solo and with his Hip-Hop super group Black Hippy, featuring Kendrick Lamar, Jay Rock & ScHoolboy Q. The California-based artist is best known for his introspective lyrics and his two independent albums under the label Top Dawg Entertainment (TDE), Longterm Mentality and Control System. His upcoming album recently announced on Twitter, These Days, will be released on June 2014. Last week on May 22, Ab-Soul released the album’s first track, “Stigmata” featuring Action Bronson and Philadelphia rapper, Asaad.

For more information on the 4 Knots Music Festival, kindly visit this link.