Two years ago, when I interviewed Obie Scott Wade, the overwhelming news of same-sex civil unions becoming legal in Colorado and Brazil was near and dear to me. In addition, hearing that Jason Collins detailed his homosexuality in a written article for Sports Illustrated was considered brave and influential for a community thought to be social and religious taboos. Not only was Collins a new found leader for a silenced voice, he became the first active male professional athlete to “come out.” I must admit, all news for LGBT communities wasn’t good news but in my experience, there was feelings and sentiment of groundbreaking hope, more than ever before.

Looking to make a sincere connection between Wade’s new cartoon series and what was happening around me, I nitpicked and found parallels.

I’m not the only one who thought along these lines. Wade was profiled on the Advocate, Huffington Post and Zap2It and others, in which asked similar (rhetroical) questions about transexuality, gender-bending and more. Though it wasn’t his intention, I think if it was still around, today, it would be a hit. (See: Caitlyn Jenner)

If One Million Moms can somehow get notice of your show; it pisses them off, that probably means you’re onto something culturally pivotal. According to the Advocate, the group of women reached out to Hub Network (now, Discovery Family) and an “attempt by the gay, lesbian and transgender community to indoctrinate our children into accepting their lifestyles.”

“The media is determined to pollute the minds of our children and there is no better way to desensitize them than through a cartoon program. Everyone knows children are drawn to animated shows; both boys and girls love superheroes. This character especially will appeal to both boys and girls since the superhero represents both genders by cross-dressing and being transgendered,” says One Million Moms. In addition, there was a petition to assure that it stayed on air.

SheZow was not beckoning or directly promoting an adult, same-sex or trans lifestyles per se. However, from an adult and creative perspective, it was innovative in its wanting to be different and shifting the idea of current norms.

Although secret identities are what makes superhero fiction a thing, secret identities were and still are, a huge part of what it meant to be a lesbian, gay, bi or transgender person. You’d have to hide who you really were, in order to be able to live and coexist with social norms, and what’s considered “normal” by the standards of the powers that be — perhaps.

In my interview with SheZow’s creator and former writer for Baby Looney Tunes, you’ll learn about the concept of his show, its international reception, and whether or not it was intended to speak to a specific community.

First and foremost, I really like the show, and I’m really excited to be doing this. SheZow! is coming to America, and to be quite far, I think Americans can be a tough audience to satisfy. With that said, I’m going to have to ask questions that most adults and parents will have in mind, so are you ready?

If you can, please give a short description of SheZow. Describe what the name means.

SheZow is about a twelve-year-old boy named Guy, who accidentally becomes a superhero but the ring that gave him his powers was only meant to be worn by a girl. So, whenever there’s danger, he turns into a superhero but it’s a girl superhero costume, girl powers, big hair and gogo boots, and various weapons inside of feminine products like laser lipstick and vanishing creme.

How does he get the ring? Where does it come from?

He has access to SheZow […] They didn’t know who she was while she was alive. She had passed away, and his family has inherited her house. One day, he and his twin sister Kelly were down in the basement, cleaning up and they accidentally stumbled into her secret lair, like her bat cave and found the ring, and Kelly knew what it was. She is the world’s leading expert on SheZow and thought that she was next in line. He snatched it out of her hand and put it on, jokingly, and it worked on him. It was stuck on his finger and he couldn’t get it off. 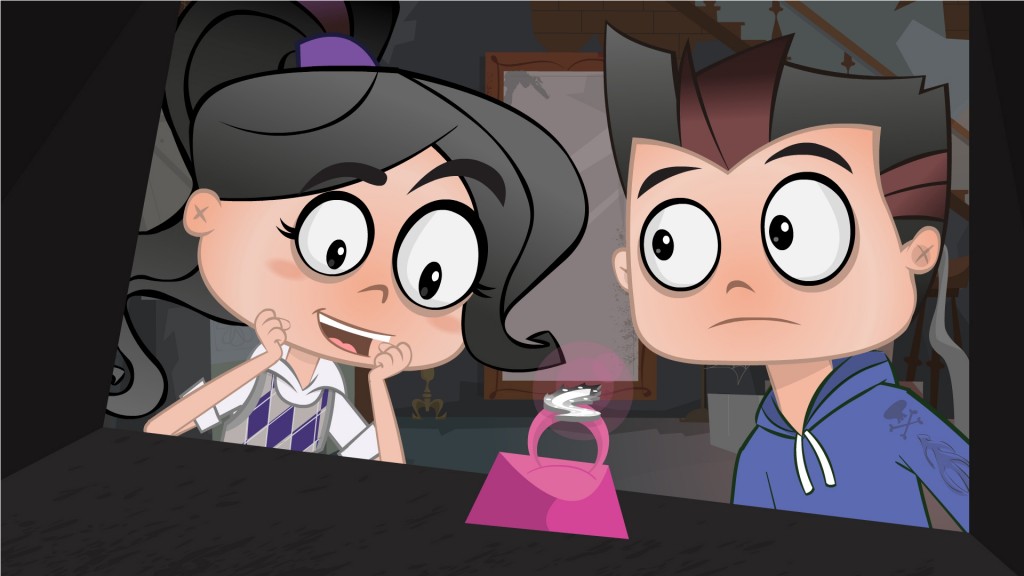 That’s intense. Oh my gosh. Your show is also available in the United Kingdom, France, Australia and Italy. How’s the reception there?

Well, I think it’s only there in Australia so far. The reception has been overwhelming and positive. It’s great, and it’s kind of started to get its own following online through the Australia broadcast. So far, so good. Yeah.

Very nice, and currently, in the United States, the LGBT marriage equality and hate crimes, all in the same, have been on the tongues of mass media. In a clever manner, is this show in support of drag possibly or is the timing just right?

I think the timing is just right. I actually came up with this idea when I was a kid. I grew up loving Saturday morning cartoons. I still do. One day, I was watching a show that was one of my favourites called Shazam!: That was the magic word that caused this kid to transform into Captain Marvel, and I thought: Oh, what would happen if he accidentally said, “SHEzam”? Would he get a different outfit? Would he become a different hero? So, there’s no political agenda. It was really just kind of a funny idea.

Well, thanks for clearing that up because I know that’s going to be a question.

So, Hub TV decided to pick it up, and it’s originally an Australian and Canadian show?

Yes, it’s a co-production between Australia and Canada. We did the production a couple of years ago, and our distributor who came on board told […]

Well, congratulations on that. That’s huge.

Are you excited for your June 1 U.S. debut?

I can’t tell you how excited I am. I was actually just working out an email before you called to remind everybody. Yeah, I’m super excited. I couldn’t be happier.

Do you have any fun celebration rituals? When it debuts in a new city, do you have anything special that you do to celebrate it? Do you do any SheZow parties?

No, but that’s actually a really good idea! I think for the June 1 launch, the premiere, my friends are going to host a Saturday morning pajama party for us to all watch it. So, that would be the first. 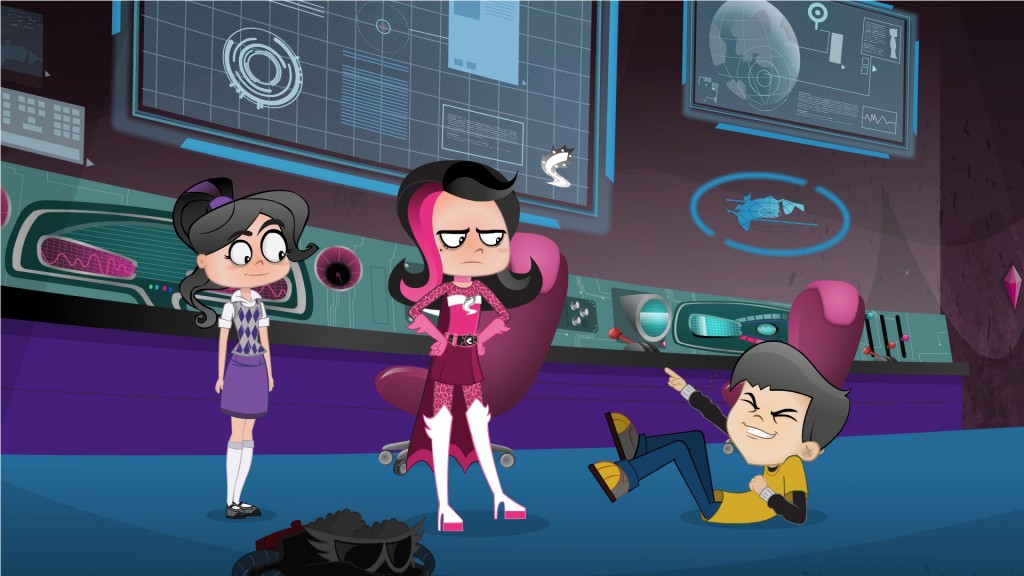 What is the ultimate message that SheZow! portrays?

That’s a good one. Is SheZow’s responsibility forever? Is that correct?

Yes, the ring has been in Guy’s family for many, many generations. We haven’t explored how far back it goes but it typically goes from great aunts to great nieces. He’s the first guy that it ever worked on.

Lastly, where can we get more information on SheZow?

You can go to the hubworld.com, the Hub Network’s website. They have a whole little SheZow environment there so you can watch videos, and get more information there.

Although the show is no longer in production, looking back, I think it was a genius and subtle way of introducing new social norms within the stark lines of gender identity. Not sure we can bring SheZow back, but you can watch the episodes via this link and send a tweet to its creator via this link: @shezowcreator. Start episode one below: