We’re back with a new 5 New Artists To Push list, and this time we’ve teamed up with PLAYGROUND DETROIT to highlight a wide array of talent from or based in Detroit. Check out our top five Detroit based artists to push and support: DOPEHEAD, Duane The New Dog, Edward Elecktro, SupaKaine and ZelooperZ. 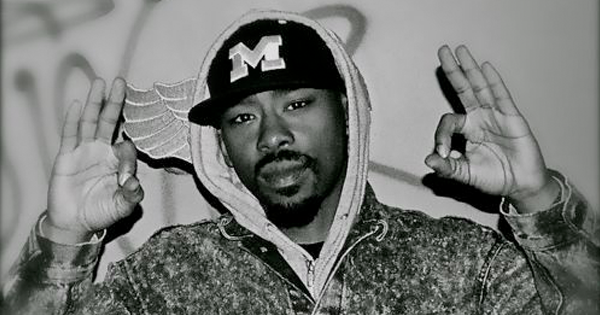 Bruiser Brigade, the rapping crew best known for bringing Danny Brown to fruition, has another future poster boy in its grips: DOPEHEAD. (Incidentally, Danny Brown’s cousin.) His rapping style is aggressive, compelling, interrogative – but always articulate. There are no lyrics that slip past, listeners hear his every angry word. “Sniveling whimpering crying ass junkie. White on white sneakers, yellow teeth honky.” Angry or not, his shit is written like poetry.

To listen to DOPEHEAD is to get a sense of his life, his Detroit. Junkies, juicing, mopeds, cowards, people hawking TV’s, seedy chicks with STD’s, robbing, cops, stolen guns, crystal meth, and sewer rats. But he loves it. His songs are visceral, evoking a narrative of DOPEHEAD’s days in the Detroit streets. He deigns to let us join him, and we should be grateful. DOPEHEAD’s due to release a new solo album, and was featured highly in the Bruiser Brigade album Reign Supreme. Check out Devil’s Heaven for a taste of his Detroit. — Lily Sloss

When I think about the 80’s and 90’s as an era of experimental sounds with rebellious edge, Duane The Brand New Dog comes to mind. As Detroit floods the music scene, this artist has a special ability to assemble a language of the misunderstood. There’s a raw elegance in his recent works from “Beware of the Dog.” Referencing creative freedom, technique, and style of icons like Prince and David Bowie, his music pays homage to that sound. He is Electric Funk with tones of modernism. Forever transcending into new developments of sonic influences, Duane the Brand New Dog balances abstract expression. — Nina Allen

This Detroit-bred emcee is the current situation, sound and cultural influence of Detroit. Creative, this buoyant artist is known in the art world as Sheefy McFly, but on the microphone, he is Edward Elecktro. In an recent interview here on GrungeCake with journalist Matt Garner, Elecktro said, “Art is my wife, music is my mistress,” under his alias Sheefy McFly. Staying true to his words, Elecktro’s songs are dimensional paintings of lyrics.

Elecktro’s sound can be described as the result of a complex techno beat mashup with Hip-hop with trace elements of Rock and Roll. A true Detroiter, as a hot-shot hustler, Elecktro wears many hats such as a writer-producer who sometimes DJs. One thing that sets Elecktro apart from the others is that he is not afraid to push boundaries and concept. Adding fellow native singer Bevlove on the hybrid intergalactic track titled “Long Live Detroit City” and also collaborating with her again for the Ghettotech-heavy “Sonic Disruption” and the hypnotic “You’re Mine,” Edward Elecktro is proving himself to be the leading young talent emerging from the Detroit rubble.

Look for Edward Elecktro to drop a new Hip-Hop album in this Summer named “Detroit Slim”, and a self-titled solo exhibition in this Fall. — Natty Rocberry 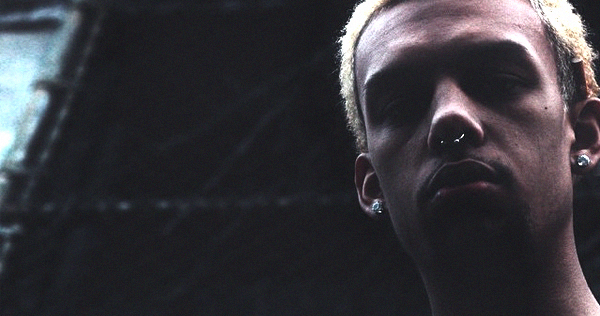 “Don’t judge a book by its cover,” they said, and it’s true. The name, SupaKaine, will leave you scratching your head after hearing the music. Being co-signed by Detroit’s very own, DeJ Loaf, has allowed him to tour alongside her. His debut “Ghetto America” will soon be the topic of conversation amongst Hip-Hop snobs and hype beasts alike. It feels like a secret that the world will soon know and, I’m not exactly ready to share.

In a genre, full of money, cash, hoes and other embellishments, it’s refreshing to hear someone grounded in reality. Too often, we’re indulged by Hip-Hop escapism. His penchant for connecting with the average listener shines through on this project. Conscious yet casual, SupaKaine fills my mornings with every day melodies. It’s comforting and reassuring to hear concern in the music. The autobiographical “Sing This Song” resonates with anybody willing to put his or her dreams on the line. He paints pictures of hope while conveying the frustration of being a creative.

“Told my mama of course she was happy / but inside I can tell that she ain’t really get it / Aye, next day I hit the studio / I was on a mission / I can’t even explain that feeling”

Imagine the warmth of Burn After Rolling with Detroit Playeristic candor sprinkled over Trap beats. Yes, Please! He could slide easily in between a Dom Kennedy and Mick Jenkins playlist. SupaKaine isn’t the rapper that’s going to get you hype, but the one that gets you through [it]. — Sade Wilkins

A little over three years has passed since I heard ZelooperZ’s music for the first time. Being an avid listener of Motown music and many other artists that come out of the Motor City of Detroit, this producer and emcee certainly separated himself from the rest. One might think he had a slight advantage over others by being a member of Danny Brown’s clique, Bruiser Brigade, but I knew after first listen that there was something very rare and original about him.

The first two tracks from ZelooperZ that I heard that made me want to find out more about him were “CartiAIDS” and “Tunk.” As Co-Director for both of these visuals, he surely doesn’t seem like the youngest member of the crew. “Tunk” illustrates for us one of the most heartfelt confessions we may have ever heard from an 18-year-old.

I keep it realer, my mama is a gold digger
She just got stuck with a broke nigga
And I just got stuck with a so-called dad
Who got stuck with a son he wish he never had
Walkin in the crib with skinny jeans, they call me fag
Now I’m in them Gucci loafers stuntin’ on his ass I should laugh, like why you mad?
Should I bust this nut, in the fuckin’ mag
Roll B Roll adi ago (?) I get more head than no bodies
Never had shit since the days of whitey tighties
My twelth grade year, I was floodin’ like tsunamis
But I still got love cause they seen a nigga grindin’
Let me simulate this picture worth paintin’
They try to leave these young niggas stankin’
Slaves was first people plankin’ Life’s a bitch, no matter how you take it

Why lie, just to keep hope alive?
Don’t know who my dad is, you think Imma cry?
IF the good die young do the bad die?
If I say it once do my ass fry?
Hope not, cause this life we livin’ is so hard knock
Police invade yo home, after some hard knocks
80’s fucked us up after that hard rock
These niggas bucked up, they call it Woodstcok
No fear, no belief
I shed so many tears I could fill a sink
No God, no relief
Love run deep, share it with me
Cause Imma die one day
Hope it’s on Monday cause Jesus rolls on a Sunday
I feel like every day is judgement day
Hell is my dream, Imma wake up one day

My life was ill, hard to get a meal
But when I got a meal, still searchin’ for a mil
Moms told I was gon’ make it, only came to one of my shows
Husband not really my dad, so I don’t expect much mo’
But til 3 months ago, I didn’t know that shit
I’m ’bout to have a Kanye moment in this bitch
18 years. 18 years, I’m 18 years old and my real dad long gone?
RIP Tunk, the realest nigga I never known
Cause he passed away, before I got grown
That’s my grandpa, they say I got his looks
Named after him, that’s probably why I’m overlooked
So it gotta be somebody prayin’ for me
Cause I done had crackheads stayin’ with me
Havin to sleep on the boxspring, windbreaker in the winter nigga it is not spring
Havin’ to put on clothes when I know they not clean
Havin’ to empty out a toilet when I gotta pee
Havin’ to put on a coat when I gotta sleep
Wakin’ out my fuckin’ sleep, cause my momma gettin beat
But shit, this just real life scenarios
Gettin’ jumped at the bus stop, headed to the studio
My nigga Cari know, man these niggas slow
Day after day, I go through this shit
Skinny nigga; they say I’m unfit
They shot my uncle until he looked like Emmett Till
This can’t be life, this can’t be real
They hate behind yo back I know they place they bets
Can’t tell if you bein sarcastic when you tell me to break a leg
These niggas bitches
Talkin’ bout they bustin’ lead
Nigga, you wouldn’t even break a leg
Stupid I wouldn’t either, why lie nigga
I wanna go to heaven, when I die nigga
So God, please forgive me for my sins
I was just brought in this world
I don’t even know how this shit gon’ end
That’s just real shit.”

I heard this song and was just speechless, and then proceeded to play it on repeat another 6 or 7 times. Now, the 21-year-old, born Walter Williams, didn’t know he wanted to pursue music until halfway through high school. Going to the Detroit School of Arts, initially for Drawing (another amazing talent he has). He sells his artwork on social media), he decided to hop in a booth and try his hand at rapping. He dropped his first mixtape “Coon N the Room: Eating Ramen Noodles While Watching Roots on Bootleg” in 2011. After this, was when he linked up with fellow 313 native, Danny Brown and became a Bruiser. June 13, 2014, was when he released his debut album “HELP” on LiveMixtapes. The lead single, “Plateau” did extremely well. The visuals, which featured Danny Brown, was directed and produced by Trevor Dernai. It will leave you saying “Wait a cotton picking’ minute” this new cat is going to go far in the rap game. His lyrics are insightful, fun, creative and thought provoking. I wouldn’t go as far as to call him a conscious rapper at all, but we can definitely tell he has a brain and isn’t afraid to use it. Citing E-40, Lil Wayne, 50 Cent and Missy Elliott as his major musical influences, it’s easy to see he gravitates towards the highly create types.

His growth between his first mixtape and his debut album, “HELP” has been tremendous. He’s still a kid in a sense now, but he was really a kid then and the mindset of one then also. Now, he’s more mature and grown and has had to face the real world and adapt to adult problems and situations. He’s learned to write a lot from working with Danny. Especially when it comes to working on his songs.

He also says to know your limits and push through them to give your audience the best performance they’ve ever experienced. Sounds like some pretty solid advice to me. He got to put that advise into play while touring with Danny across the country on his “The Old Danny Brown Tour.” His five touring essentials, though? Water, exercise, sleep, drugs and food. — Suzanne Biello

He’s on the road now touring with Heems (formerly of Das Racist). Get dates and locations by scoping out his timeline.