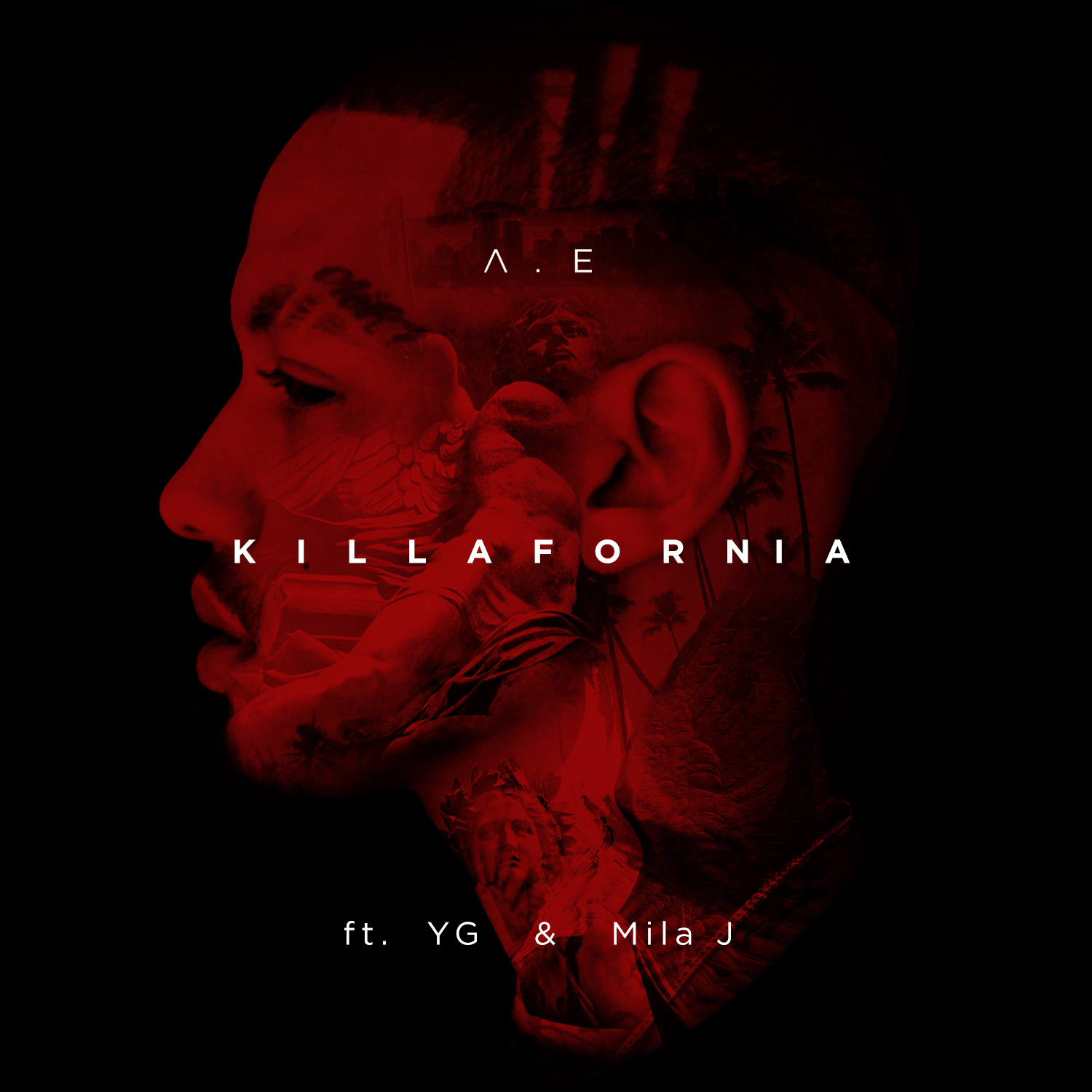 KILLAfornia is a big record. A.E (short for Alexander Edwards), is the jewel-wearing, stripe-cut eyebrow-rocking rapper from the Bay Area, who recently teamed up with Los Angeles’ own songstress Mila J and fellow rapper YG for his new record (and the first record I’ve heard by the artist), “KILLAfornia,” produced by Bedrock and inspired by Adina Howard’s “Freak Like Me.” This well-produced, well-mixed record comes from the young musician’s street album, “Hot Water.”

I think if A.E’s music quality continues to sound this awesome and it gets the apt rollout it needs, he’ll be next up on our American award show stages. Vocally, he reminds me of Ab-Soul and often on this record, he utilized the signature onomatopoeia Kendrick Lamar is known for, but it is fitting for a record titled “KILLAfornia.” At the very end of the song, the emerging rapper mentions the TDE lead rapper, and says having him on the remix would be love. Let’s see what takes place. Until then, stream the track.